We all want to do the right thing. We all want to be considered good people. But doing what is right and what is good has become a difficult, if not risky, lifestyle choice. In the aftermath of the Covid19 pandemic, we’re now experiencing what I’ll call the woke wave. We have groups trying to redefine what is right and good in ways that run counter to Catholic teachings. And while the Church has always been under assault, the Covid19 pandemic has weakened our ability to defend the truth.

Constance T. Hull, in her Catholic Exchange article, Christ’s Call For Us to Stay Awake, paints a rather bleak picture of the state of the Catholic Church. But you can’t deny her truthfulness. This Covid19 pandemic has weakened many of the faithful because we have lost touch with the cornerstone of our faith –– the celebration of the Eucharist in the Holy Mass.

COVID-19 has led many Catholics to wrongly believe that watching Mass on Sunday is good enough. I was saddened to see how abysmal the Easter turnout was at my own parish this year. The highest feast day of the year and there was plenty of room to spare at all of the Masses. This is what happens, however, when we spend a year telling people to stay home, or worse, that Mass isn’t a priority, but those shopping trips, family gatherings, group events, and even riots are acceptable over and above the sacramental life.

The Importance of Catholic Identity

My wife and her family are from Poland. We joke that when you marry into a Polish family, you must become Polish yourself and raise your kids to embrace all things Polish. They express a strong cultural identity and sense of pride that rubs off on you. It was that identity that kept their culture alive when they weren’t a country and invaded by both Germany and Russia in the 20th century. Through hardship and sacrifice, they preserved their identity even when others tried to wipe it away.

I think the Catholic Church is under assault and many seek to wipe it off the globe. But the difference between the assault on Poland in the 20th century and the current assault on the Catholic Church is that Poland didn’t have smartphones and streaming video services. When armies march on your cities, you take notice and fight back. When there was a new season of The Mandalorian, we let the woke movement march right over us. We’ve become so pacified by our digital devices that many of us don’t realize that our faith is under attack. Poland had to face armies marching in and taking over its cities. The current attack on the Catholic Church is much more subtle but more dangerous.

Catholics are seeing the result of decades of soft teachings. We’ve been so afraid to talk about the truth that when the truth came under attack we didn’t know how to defend it. Worse, many of us didn’t even care to defend it. When was the last homily where you’ve heard your priest mention mortal sin, hell, the need to go to confession, the sanctity of marriage, and the Real Presence in the Eucharist? The Mass just became another streaming show on our phones and TVs and was one that many of us skipped in favor of The Queen’s Gambit.

Constance Hull compared the current situation to the apostles, asleep in the Garden of Gesthemenme while Jesus prayed before his crucifixion.

As He prays in agony to the Father, the Apostles fall asleep. Our Lord warns them to remain awake so they may not undergo the test. In other words, stay alert and spiritually prepare for we don’t know the hour of His return or testing. We don’t know exactly when persecution will come upon us and we as the Church will once more enter into Our Lord’s Passion. The Apostles continue to sleep despite Our Lord’s warnings for they were overcome with sorrow. The hour He repeatedly warns them about comes much quicker than any of them expect, so they flee.

The world was unprepared when the pandemic first hit. We didn’t have the emergency infrastructure to combat it. We scrambled to find masks, ventilators, etc. Like the apostles, many Catholics were caught off guard too. Our spiritual infrastructure wasn’t prepared for the battles we now find ourselves in. We so readily embraced taking a vacation from our spiritual responsibilities that when the woke movement came in with their assault on core Catholic teachings, we were asleep like the apostles.

When you meditate on the First Sorrowful Mystery of the Rosary, ask yourself how you’ve been asleep this past year during the pandemic. Have you made an effort to go to Mass in person if you’re not in a high-risk group? Have you contributed financially to your parish if you have the means to do so? Have you put your faith in God’s ability to perform miracles in this pandemic?

Even if we’ve fallen short, we can take comfort in the fact that the apostles abandoning Jesus was part of God’s divine plan. Yes, it led to the physical tragedy of Christ’s death. But it also led to his glorious resurrection just as Jesus said it would and a renewed sense of faith in the apostles. Being asleep, physically in the garden, and then spiritually after abandoning Jesus became a wake-up call for the apostles. And wake up they did. They came back with renewed faith to evangelize and change the world.

Pray that we too, while we may have been asleep, like the apostles, during this pandemic, that we can bring the world back to Christ Jesus. We may have been scared like the apostles, but we also must have faith that all of this is part of God’s plan. The apostles needed to be asleep and abandon Jesus for God’s plan to manifest itself. And so we must have faith that all that is transpiring with the pandemic, the woke wave, and the assault of Catholic values will lead to an ultimate good that God has already mapped out for us. 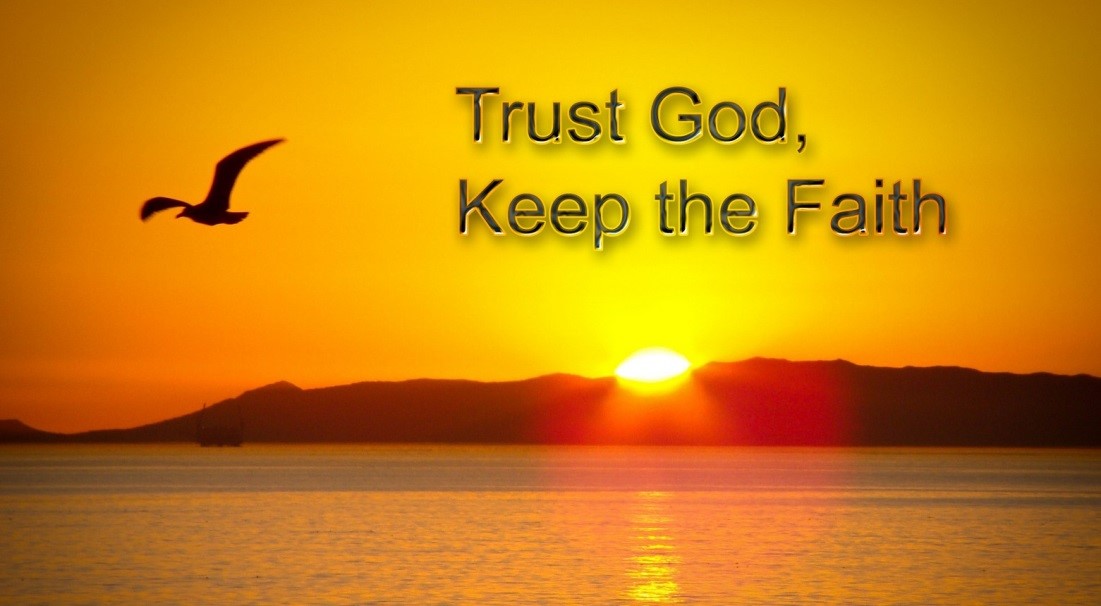 Imagine if Jesus invited you on a personal spiritual retreat for three days. Just three days, 1-on-1 with Jesus. Think of what you would learn! Imagine how renewed and unwavering you faith would be after that experience. Saint Faustina had exactly that experience in 1938. But she didn’t keep what she learned to herself. She wrote down 25 secrets she learned so all of humanity could benefit from this unique experience. Do you have the faith to take the words of this saint seriously as if you personally heard them from Jesus? I want to explore many of the secrets of spiritual warfare through the lens the holy Rosary. Let’s look at the first secret.

“Never trust in yourself but abandon yourself totally to My will.”

In this first secret, Jesus sets the foundation for the subsequent ones. All these secrets revolve around practicing humble faith. It’s having the faith that leaving everything in God’s hands will see you through all the challenges and hardships in your life and eventually lead you into God’s heavenly kingdom. It’s following God’s Will even when it seems ridiculous or difficult.

Naturally, Jesus is the embodiment of completely trusting God’s plan. When he prayed in the Garden of Gethsemane (First Sorrowful Mystery), He said “not my will, but your will be done” (Luke 42:22). He put his life entirely in God’s hands. And while that may have led to physical suffering and death, it ultimately led to Jesus conquering death and opening the gates of Heaven for us all. Jesus didn’t redeem us all by doing his will, but God’s Will.

We fight battles every day. We fight against the temptation to sin. We also fight the temptation to be lazy in our faith which leaves us vulnerable to Satan’s influence. We need all the help we can get. But when we try to do things our own way, we are like a soldier ignoring the well thought out plan and charging out on our own only to be cut down by gunfire. God is our general in this spiritual war and we need to listen to Him. God tells us to trust Him and that when we do, true joy and happiness will come either in this life or our eternal life with Him in Heaven.

Jesus didn’t hold anything back. He didn’t sort of follow God’s Will. He put his life entirely in God’s hands. And that is what Jesus tells us to do through the first secret of spiritual warfare recorded by Saint Faustina. Sort of following God’s will is like wearing armor with a crack. It’s better than nothing but Satan can still exploit that weakness. For your soul, let God completely protect you. When you pray the Rosary, ask yourself and meditate on these questions.