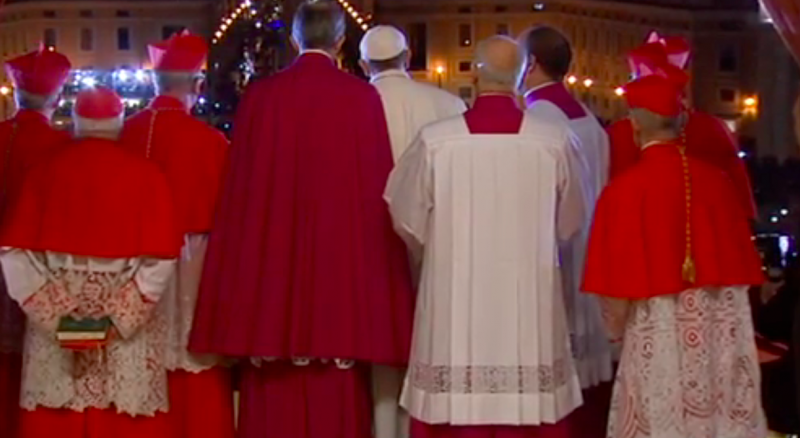 These are unsettling times for the Catholic Church in the wake of abuses and cover-ups at the highest levels of the Church.  It’s hard to learn about such corruption by people who are supposed to be spiritual leaders in a Church that espouses such high moral values.  It can also shake your faith in an institution that is supposed to be guided by the Holy Spirit.

The cardinals and priests are spiritual leaders, but they are also human.  They carry the same weaknesses as you and I.  Those weaknesses include lust for power and the tendency to sin.  Unfortunately, people move up through the ranks in the Church the same way they do in business or politics.  They know what to do and what to say to move up the “corporate” ladder.  It’s a ladder that is ascended via politics, not neccessarily holiness and virtue.  While we hope that those who lead the Church focus on practicing a high level of virtuous behavior, increased power and authority often has the opposite effect.  Fortunately, our Catholic faith is made up of more than the collective virtue of those who lead it.

I’m not going to tell you to ignore what’s going on at the higher levels of the Church.  Ignoring the issues is what got us into this mess in the first place.  We, as a community of believers, must confront and address these issues.  But at the same time, we must remember that the cardinals, bishops, and even the pope, aren’t the center of the Church.  The Church is not solely a human institution.  It’s a divine institution with the Holy Trinity at its core.

When we pray, we don’t pray to the pope, cardinals, bishops, and priests.    We pray to God!  It’s an infallible and all-loving God that is the center of our faith.  The clergy are servants of God to guide us.  Our perfect God works through His imperfect vessels.  And no amount of human corruption can weaken God.  No amount of corruption can weaken His love for us and our desire to live in His grace.

Humans sin and we have to be accountable for our actions.  What I will call the political side of the Church will go through hard times in the near future.  But if you keep the right perspective, you will understand that the Church is far more than the sum total of virtue and sins of the clergy.  She hasn’t survived and flourished over the centuries because of clerical virtue.  She’s flourished because it’s God’s Church which can’t be destroyed by the inherent weakness of Her followers.

I think about the current difficulties the Church faces when I pray the Third Sorrowful Mystery of the Rosary — Jesus Crowned with Thorns.  I picture Jesus, battered and ridiculed.  I then think about our Church and how battered She is right now; ridiculed by the behavior of those who are supposed to honor Her.  Like the Romans paying fake homage to Jesus with a crown of thorns, we have clergy mocking Jesus by using His Church as a means to acquire riches and power and succumb to sinful weaknesses.

But from the weakness, Jesus was ultimately triumphant.  There is an element of hope throughout the Sorrowful Mysteries of the Rosary.  We know that Jesus’ Passion ends in joy and triumph in His Resurrection.  And we should know that the Church will ultimately be triumphant because that is what scripture and our faith tell us.  As we confront these dark times ahead, remember that the true center of the Church is Jesus Christ.  Our faith is built on Him, not on the imperfect, fallible humans who run it.