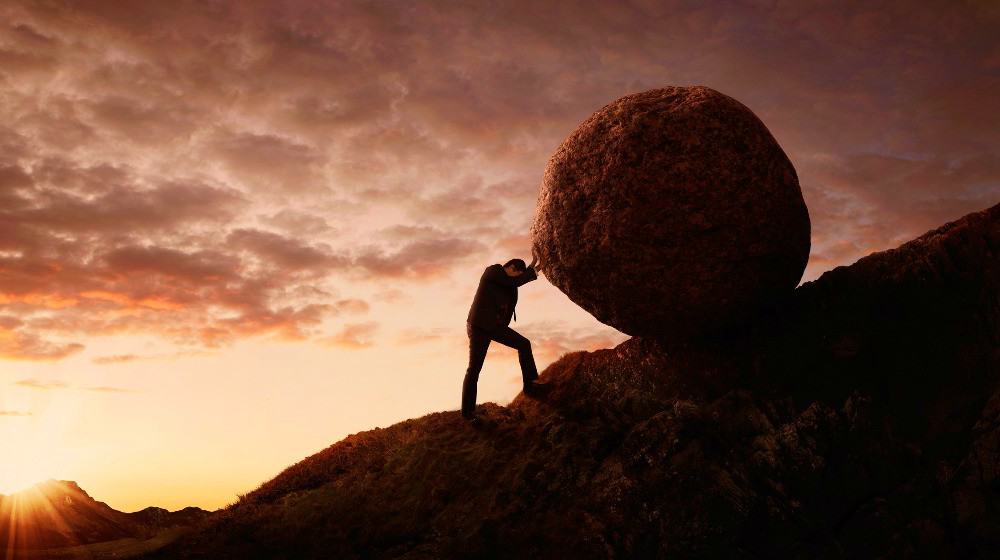 No Effort, No Goals

I coach youth soccer. My team is composed of 6 and 7-year-olds, many of whom this is their first time playing organized sports. Unfortunately, today’s kids don’t spend as much time playing sports as previous generations. The reason this is unfortunate is that they miss out on working hard towards something that is a little outside their comfort zone. The other day, my team didn’t score many goals in our game. However, they also seemed uninterested in playing that day. They sort of wandered around the field without that drive or that passion to play their best. They wanted to score goals and win but didn’t want to put forth the effort to make it a reality.

I think adults can often act the same way when it comes to their spirituality. We want to form a deep connection with God, but we don’t want to put in the work needed. We wonder why it feels like something is missing in our lives and why it seems so unfulfilling. Or we look at the terrible news and get depressed or frustrated with the state of the world. But at the same time, we don’t pray, don’t participate in Mass, or receive the Sacraments. We want God to do something, just as long as that “something” doesn’t require extra effort from us.

Let’s look at two women who exemplify what it means to put in effort in serving God and ultimately being rewarded for that effort. It meant that their earthly lives would be upended. They would face ridicule, sorrow, and a lack of earthly freedoms. They had a choice — would they put their faith in God and make the adjustments and sacrifices necessary to find greater joy and happiness? Or would they choose the easier, worldly path?

The first woman who had a choice to make was Bernadette Soubirous, better known as Saint Bernadette of Lourdes. By all accounts, she was just a normal girl from a poor family in France. But she then had an encounter with the Virgin Mary who asked her to return to the grotto where she was appearing and eventually build a chapel there. Whatever plans Bernadette had for her life came to an end when she accepted Our Lady’s requests. She became the subject of ridicule and much scrutiny from church and government authorities. She later entered a convent and died from tuberculosis. Saint Bernadette led a challenging life but she never stopped making an effort to serve God by doing what our Mother Mary asked of her. Like other saints, she put in the effort to form a meaningful relationship with God because she understood the value of doing so.

Think about Mary in the First Joyful Mystery of the Rosary. On Catholic Exchange, Romano Guardini has this to say about Mary’s decision in the Annunciation:

The lesson of the angel’s message alone should suf­fice for every one of the faithful who reads it aright; it is not the announcement that the divine decree was to be consummated in her, but the question of whether she agreed that it be so. This instant was an abyss before which one’s head reels, because here stood Mary in her freedom facing the very first decision on which all of salvation depended. But what does it mean when the question “Will you help the Savior’s coming?” coincides with the other question, “Will you become a mother?”

Why We Linger on Mary in the Rosary (catholicexchange.com)

I don’t think Mary’s plans included becoming an unwed mother to God. And then after Jesus’ birth, her earthly life wasn’t any easier. It was a life of concern and sorrow that we meditate on when we pray the Seven Sorrows of Mary Rosary. But Mary was ultimately rewarded when she was crowned Queen of Heaven (Fifth Glorious Mystery). She knows the value of doing God’s Will better than any other human. As Queen of Heaven, she is willing to help all of us find that strength to make that effort as she did so that we all may live in the joy of Heaven.

When God comes knocking at your door with His plan for you, are you going to reject Him because it is difficult? Has God ever not rewarded those who make the effort to follow Him? If we truly believe that God offers us something 1000x better than anything we could create on our own, why do we have such a hard time committing to Him?

Think about the apostles in the First Sorrowful Mystery. I think we can relate to them. Jesus asked them to stay awake and pray with him and instead they all fell asleep. These are the future leaders of the Catholic Church! And they knew Jesus was the Messiah and yet they still couldn’t muster the effort to pray with him or stand by him when he was arrested. They must have enjoyed being some of the chosen few to journey with Jesus when he was curing people and riling up Pharisees. But when things got tough, they couldn’t follow through. They wanted the honor of being apostles without making the sacrifices.

What about us? When God asks us for one hour a week to celebrate Mass, are we too tired or too busy? Do God’s requests interfere with a football, baseball, or soccer match? Are we like the apostles, wanting the benefits of being close to Jesus but lacking the will to do what he asks?

The good news is that there’s always time. The apostles may have shrunk away from Jesus’ calling in the Garden of Gethsemane but they made up for it after Jesus’ resurrection. They went to the far corners of the known world preaching Jesus’ Gospel and most of them gave their lives doing so. So maybe you haven’t mustered the strength to follow Jesus. The beauty of our faith is that Jesus always offers us a way to “get back into the game.” We can always receive Reconciliation, go to Mass, and pick up those rosary beads. Jesus will accept anyone willing to put in the effort whether they have 100 years left in his life or 1 minute.