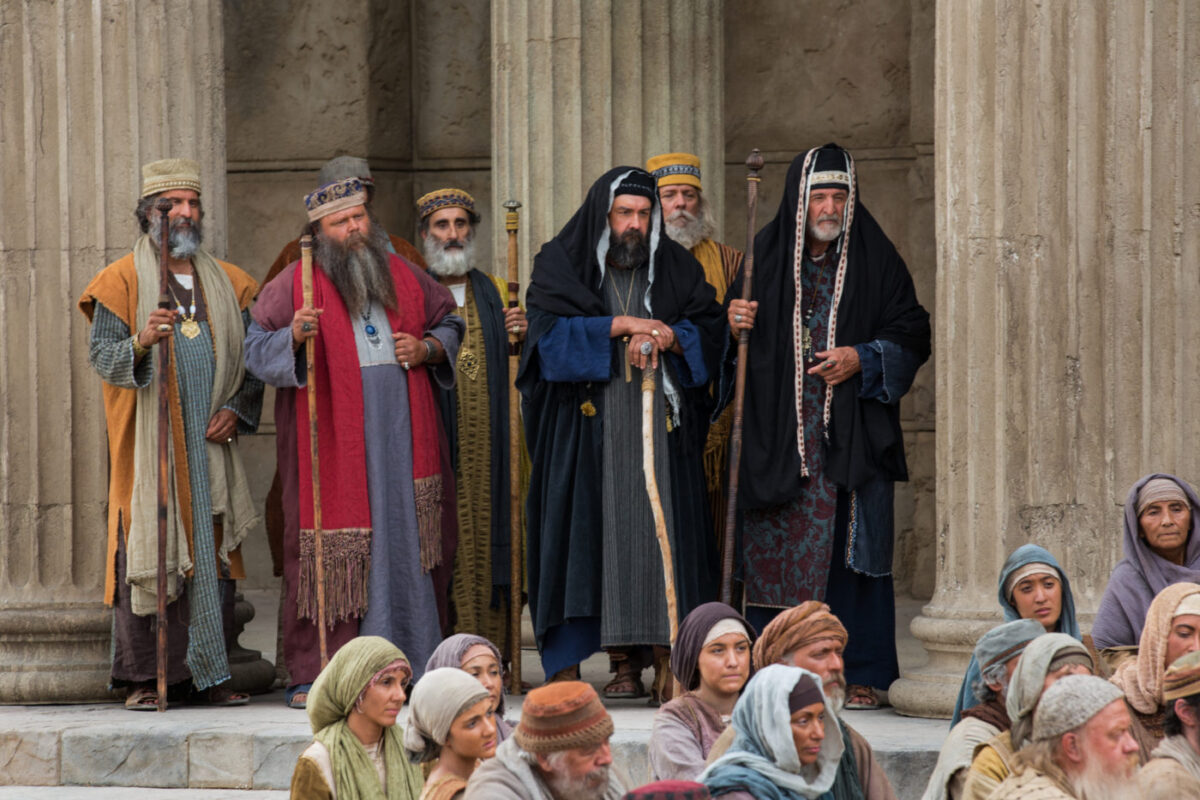 Leaders of a Defiant People

What comes to mind when you think about the Pharisees in the Bible? Hypocrites? Dogmatic? Unfair? You probably conjure images of Jesus “knocking them down a peg” when he answers their “gotcha” questions. Needless to say, the Christian view of the Pharisees isn’t the most flattering.

But maybe we’re being a little too harsh on the Pharisees. Remember, the Jews had a long history of disobeying God as chronicled throughout the Old Testament. It’s a history of God guiding and providing for them only to have them turn away from Him in sin by following false gods and breaking the Commandments. They were punished by famine, war, and pestilence and ultimately exiled to Babylon and subject to Roman occupation.

I think many of the Pharisees only wanted to avoid God’s further judgement and punishment. That may account for their dogmatic approach to following the Mosiac law. Like a parent enforcing rules, I think the Pharisees felt responsible for protecting the Israelites from incurring punishments. What do parents do when kids repeatedly disobey them? They usually make more rules and enforce them more rigidly. Now imagine a people who had disobeyed God for generations. Think about how rigidly the Pharisees felt like they needed to enforce the law so that their people would “toe the line.”

This is not excusing the Pharisees’ actions and hypocrisy. They did impose rules and burdens that they themselves did not always follow. Or they got so consumed with the letter of law that they forgot about the spirit of the law until Jesus reminded them. Or they got too used to their power and prestige that they forgot that they were foremost teachers of the people. Jesus showed them how they were supposed to be guiding the Jewish people.

Walk a Mile in Their Shoes

I bring up the Pharisees to show that people aren’t always so easy to label and categorize. We so often label the Pharisees as “bad people.” But that isn’t taking into account the historical and cultural circumstances they found themselves in. We should remember the saying, “Don’t judge someone until you’ve walked a mile in their shoes.” Before we look at someone and make a judgement about their character, we should take some time to consider their circumstances and maybe try harder to understand their motivations.

Think about Mary in the Annunciation. Imagine how quickly people must have judged her when learning about her unwed pregnancy. And her explanation stretched believability, to say the least. But now extend that idea out to the Israelite people. God led them out of Egypt and through the desert but asked them to show a lot of faith in His plan. What he asked of them wasn’t easy and often seemed impossible. And that disbelief caused many of them to disobey God. How quick they were to judge what God could and could not do. Mary, on the other hand, showed complete faith in God’s plan despite how unorthodox it seemed.

What about you? Are you quick to judge what God is capable of? How much faith do you put in your prayers when you bring your intentions before God? How about how you see others? Maybe we’re too quick to label people based on a Twitter or Facebook comment. Maybe we see how someone is dressed or how they speak and assume certain things about them. Maybe we read about the bad actions of a few people and associate that with an entire group.

Whatever the case may be, let’s ask God for more understanding. We know that God’s ways aren’t always our ways. Before we determine whether a certain event or person is “bad” or “good,” let’s remember that it’s part of God’s divine plan for us. Let’s come before God in prayer and ask him for patience and understanding when confronted with situations we do not understand. We may be surprised how God answers if we listen to Him instead of making judgements based on our limited understanding.