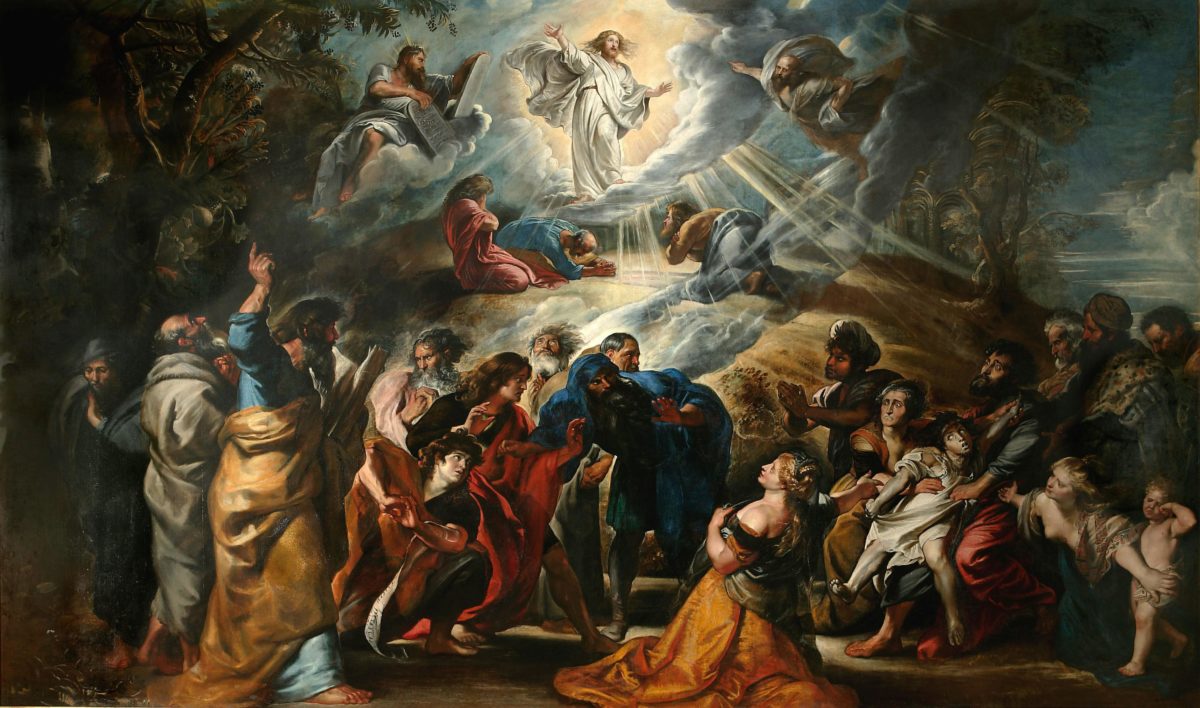 Last Sunday’s Gospel was the Transfiguration of Christ which is also the theme of the Fourth Luminous Mystery of the rosary.  This mystery has always been one of the more difficult ones for me to meditate on.  I think I have a hard time relating to it because I have a tendency to reduce it to just another one of Jesus’ miracles.

The impact of the Transfiguration is softened partly because it sits in the shadow of the even more miraculous events of Jesus’ death and resurrection as well as nearly 2000 years of Church teaching.  In a way, modern day Christians are like people watching a movie they’ve already seen a dozen times and already know the ending.  We read about Jesus in the Bible and his disciples and we know who will betray him, who will deny him, who will convert, who will become saints, etc.  Because we already start from the understanding that Jesus is God made man, all the events of the Bible come across almost normal or at least expected.

When we meditate on the Transfiguration in the Fourth Luminous Mystery, we have to put ourselves into the role of St. Peter as he witnessed these events for the first time.  It is then that we truly start to appreciate the revolutionary nature of the Transfiguration.  I think we have to assume that the apostles still didn’t fully understand and appreciate Jesus’ truly divine nature as they traveled with Him.  Sure, they said they believed Jesus was the Messiah, but as their actions during Jesus’ death showed, they didn’t truly internalize it.

The Old Testament prophets did many miraculous deeds.  In a way, Jesus’ actions seemed to fall in line with earlier prophets.  In fact, many people believed that Jesus was one of the older prophets reborn.  The Transfiguration showed that Jesus was no mere prophet of human origin but was God’s own son.  Imagine the shock Peter, John, and James must have felt realizing that they had been in God’s presence the entire time they were with Jesus.

It’s not surprising then that Peter wants to erect tents to honor Jesus.  Like a star-struck fan, Peter probably couldn’t think of anything else to say or do.   I would imagine he might even have felt embarrassed knowing all the times he had acted foolishly in front of God’s son.

Now, Peter and the apostles could plead ignorance for not truly understanding Jesus’ true nature.  But what’s our excuse?  We’ve read and have been told the history of Jesus’ teachings dozens of times.  We have the benefit of thousands of years of theologians and the Magisterium interpreting and explaining Jesus to us in utmost detail.  And yet, we all so often casually ignore Jesus and take His teachings for granted.  Much like the disciples thousands of years ago, we sometimes think of Jesus more as a philosopher with some good advice and not as God.  Lent is our time to change that lackadaisical attitude.

When you meditate on the Fourth Luminous Mystery of the rosary this Lent, try to capture that sense of awe the three apostles must have felt at the Transfiguration.  Try to look at your faith with fresh eyes, ears, and heart to truly take in the majesty and power of God’s grace.  Ask God to renew your conviction in following God’s command to listen to His son.  In other words, try to throw out any complacency you may have developed with your faith.  This will make the miracle and celebration of Jesus’ resurrection at Easter grander and more meaningful.