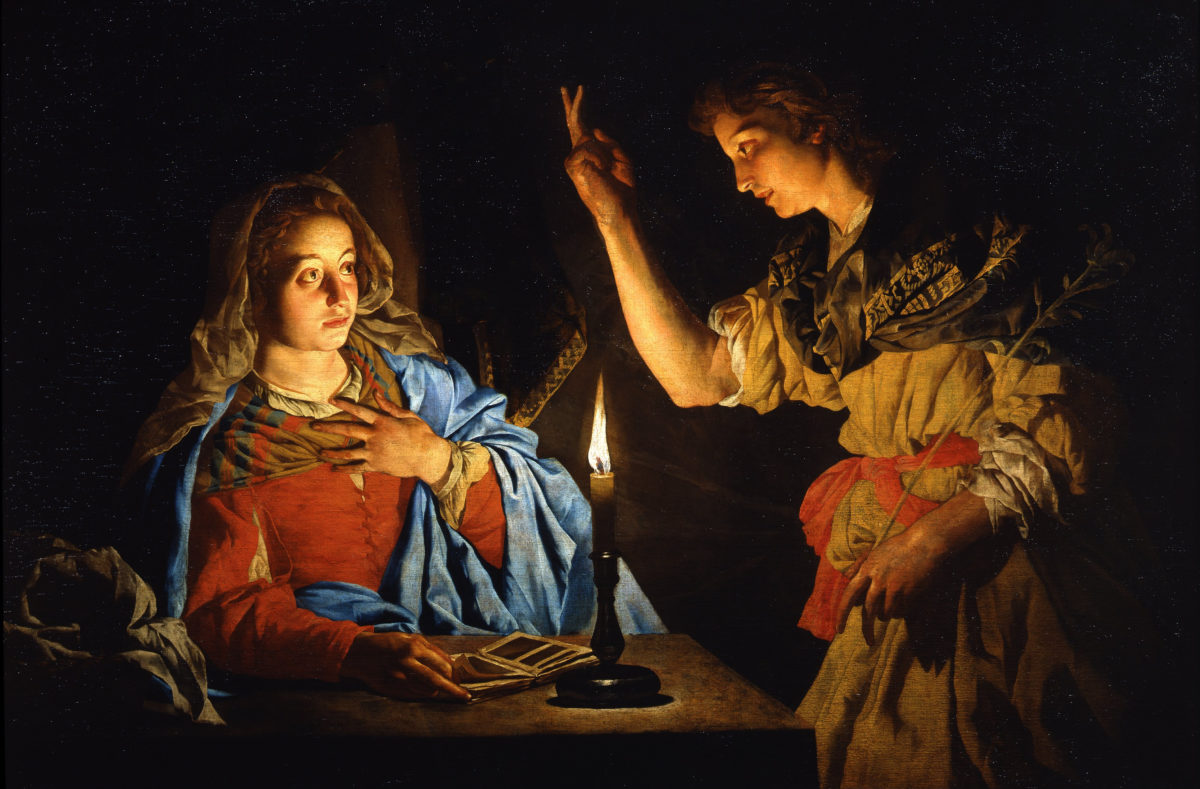 The Bible is full of parallels.  It may be parallel themes between Old and New Testament readings or accounts of different people having similar encounters with God.  We see one such parallel between the story of Mary in the Annunciation and that of Zechariah, husband of Mary’s cousin Elizabeth.  We pray and meditate on these readings, which make up the first two Joyful Mysteries of the rosary, all this week leading up to Christmas.

In both accounts, the angel Gabriel comes with news of a pregnancy.  Mary is told she will give birth to a son through the Holy Spirit and Zechariah is told that his wife Elizabeth will give birth to John the Baptist.  Furthermore, the announcement is initially met by disbelief.  Mary’s amazement comes because she is not married and Zechariah’s stems from Elizabeth’s old age.

The difference in these two accounts comes next.  In Mary’s case, she praises God and humbles herself saying, “Behold, I am the handmaid of the Lord.  May it be done to me according to your word.”  But in Zechariah’s case, the angel Gabriel takes away his ability to speak because of his disbelief.

What confused me about these two accounts was that according to the text, it appears as if Mary and Zechariah both show a very similar reaction, one of amazement and disbelief.  Why was Zechariah punished and not Mary?  I think the key is understanding Gabriel’s ability to see into someone’s heart and not just hear their words.

While Mary was confused initially, in her heart she truly believed and accepted God’s Will for her.  But I think that Gabriel must have sensed that Zechariah did not fully believe the news he had just heard.  To put it another way, Mary’s initial reaction may have been out of shock and quickly passed while Zechariah harbored a real sense of disbelief.  Maybe, while he was in the holy sanctuary, Zechariah was going through the motions of prayer but not fully open to God’s grace.  It is fitting that he was punished with speechlessness as a sign that maybe he was giving more lip service to his faith rather than truly internalizing it.

As we prepare in these final days of Advent, let us remember to have an open heart like Mary and not a closed one like Zechariah.  Pray that you don’t go through the motions of spirituality by treating Christmas Mass like a mere formality before the real celebration can begin.  Mass is the real celebration!  I know many of you have large dinners to attend, guests to entertain, and presents to open.  And while you may say you believe and celebrate Jesus’ birth, how much of your heart is centered around Him?  God knows what is in our hearts and you can’t fool him.

This Sunday we celebrate Jesus’ birth.  The best birthday present you can give Him is an honestly open heart.  Don’t go through the motions of prayer and practicing your faith but earnestly make room in your heart for God’s grace manifested in His son, Jesus Christ.  Merry Christmas!