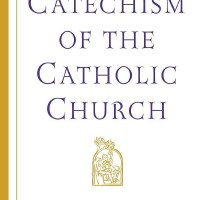 Welcome to 2015!  I’m really excited about my new year’s resolution.  I know, I know.  I previously wrote about how new year’s resolutions are bad because labelling them as a resolution almost guarantees that you won’t actually follow through.  But this year, with the help of a little technology, I think I will be able to meet my goal — reading the Catechism of the Catholic Church. 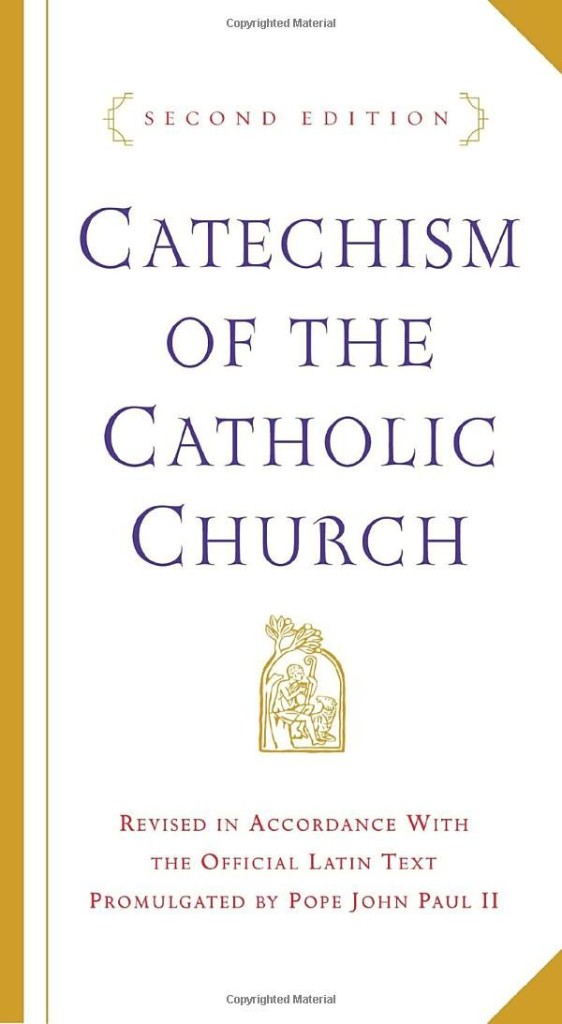 But why?  Isn’t it a bit dry and the spiritual equivalent of reading up on tax law?  Or, isn’t the Catechism more like a reference book that you search through when you have a specific question and not something you read end to end?  To answer that, we’ll need to learn a little literary history.

Let’s go to 19th century France.  The man is Victor Hugo and the book is Les Misérables.  This is a looooong book clocking in at nearly 1,500 pages for a standard sized paperback version.  The reason why it’s so long is because Hugo went to great lengths to provide a historical context for the events in the book.  He dedicates chapters describing the battle of Waterloo, the Parisian sewer system, life in a nunnery, Parisian street slang, 19th century manufacturing processes, etc.  These aren’t little Wikipedia like descriptions either but are the size and scope of small books onto themselves.  These tangents paint a richer world for the events of the book to take place in.  The characters in Les Misérables don’t exist in a vacuum, but live in a bigger world that we can relate to or at least understand because Hugo provides seemingly endless background information.

Fast forward to the 20th century and look at J.R.R. Tolkien.  You know his seminal works — The Lord of the Rings and The Hobbit.  What you may not know is that there is a lot of auxiliary writings which describe Middle Earth, the land where the events of those books take place.  Tolkien wrote extensively about the culture of hobbits, dwarfs, elves, etc.  He wrote a book called The Silmarillion which describes the universe of Eä which contains Middle Earth as well as other lands.  Like Victor Hugo, Tolkien wrote the background of the places and characters in his books to provide a much richer reading experience because the events happen within a known context.  The Lord of the Rings isn’t a small book or movie because Middle Earth is not a small place.  Elves, dwarves, hobbits, humans, and orcs all act the way they do in the books and movies because Tolkien gave them a detailed history.  Without that history and culture being spelled out, I bet The Lord of the Rings would not have been the complex, layered, and rich book/movie it turned out to be.

By now it should become increasingly obvious why I want to read the CCC.  I want to become more knowledgeable about the Catholic faith so that I can have a richer experience living that faith.  When I pray the rosary or listen to a homily I want to have what I learned reading the CCC in the back of my mind to make new mental and spiritual connections.  I hope that  reading the CCC will generate a whole new level of intentions and meditations when I pray the rosary.  I hope that the increased understanding of the Catholic faith will seep into my writings in my future books (fingers crossed) and on RosaryMeds.

Think of it like this.  Your average Catholic who hasn’t read the CCC is like someone who has only seen the Les Misérables musical or The Lord of the Rings movies.  They have a good understanding of the material and appreciate it but they don’t know the whole picture as envisioned by Hugo and Tolkien respectively.  But the person who has read more church documents like the CCC is like the person who has read Les Misérables or The Silmarillion and understands the greater context and all the little details that are left out of the more popular works.

New year’s resolutions fail because many people only define a goal, not a process for achieving that goal.  I’m a software engineer and I’m all about defining processes for achieving goals.  So here’s how I will achieve my goal of reading the Catechism.  Last year I finally bit the bullet and bought my first smartphone.  It has opened up a whole new world of productivity, especially during my commute.  I spend roughly six hours a week on the road.  Thanks to an app called @Voice Aloud Reader I can turn any text into an audio book.  Combined with my Catholic prayer app, Laudate, I can listen to the entire Catechism on my commutes.  I know I won’t have Doctor of the Church level retention of the information, but I will pick up the major themes and a general understanding.

Here’s wishing you all the best of luck in this new year!