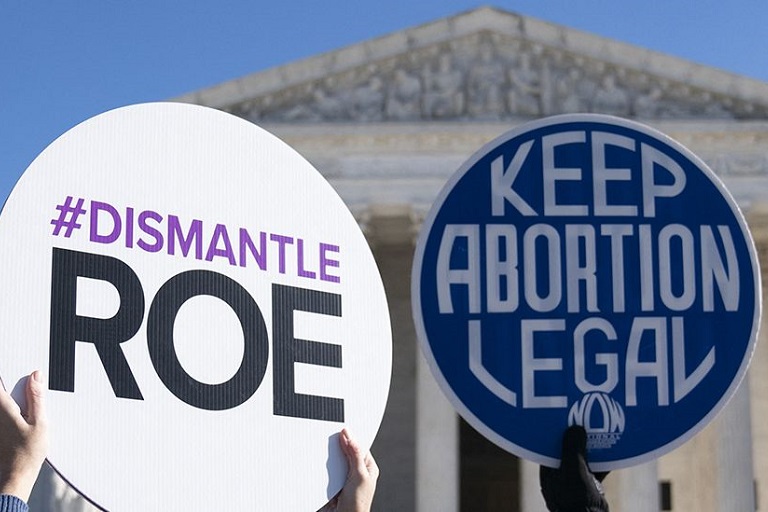 As happy as I am over the recent Supreme Court decision overturning Roe vs. Wade, it fills me with anxiety. First, the news tends to focus on liberal politicians’ outrage and quasi-terrorist groups like Jane’s Revenge. The media muffles the voices of those happy over the decision. I also have this feeling that something horrible is going to happen beyond the recent vandalism like shootings or bombings. And worse, I feel like those in power will ignore or stoke the chaos suggesting that it’s righteous indignation over an unjust decision.

Beyond people’s personal safety, I’m also frustrated over the misconceptions, if not outright lies, that people have over this ruling and issue. Legally, this ruling puts abortion legislation back into the hands of the state governments. This is a good thing. Many of our laws should be decided at the state and local levels instead of at the federal level. People acting crazy over this foundational principle of the United States frustrates me. It shows the lack of understanding of how the US government is designed to function.

As abortion policy returns to the states, the pro-abortion lobby will find themselves fighting on multiple fronts and with less political cover from the federal government. We may start to see greater restrictions on abortions in many states which will put pressure on the entire abortion industry. Like a cornered beast, we’re going to see the pro-abortion lobby get louder, less rational, and more extreme. I think they will counter the general lack of support for their position with outrageous claims and actions. I’m afraid of what those actions may be.

The other aspect of this SCOTUS decision that stresses me is the lack of understanding of why people have pro-life convictions. If you were to listen to the media and shouting heads on Twitter, you would think that the sole reason to ban abortion is to suppress women’s rights and establish a patriarchy in the USA. Why do people have such a hard time seeing that there are those who see the preciousness and value of all human life and seek to preserve it? It seems so obvious and good to me. That is why I get so unnerved when I see the vitriol directed at people who only want the best for everyone — women, men, mothers, fathers, children, the elderly, and the unborn.

This hatred will be well-publicized and encouraged by pro-abortion politicians. They will seek to label all Christians as “extremists” and, ironically, opponents to a just and civil society. I fear that Christian persecution will become more widespread and legal action against those who do harm will go unenforced. And where they’ve lost ground on abortion, we’ll see redoubled efforts in other aspects of the woke agenda to undermine Christian and other religious values.

What frightens me is that all of this comes when the Church is in a weakened state. We’ve endured waves of scandals from the priesthood. High-ranking church officials have become indulgent in political power instead of acting as servants in Christ’s Church. And people in general are starting to believe and practice their faith less. I fear we’ve unleashed wild beasts hungry for our destruction at a point in time when we will have a harder time fighting them off.

I think about Saint Paul’s words, “when I am weak, then I am strong” (2 Cor 12:10) We find comfort and inspiration that the Church has endured and thrived at times when opposing cultures believed they had defeated us. The Church has been in difficult positions countless times. But we have found strength to not only survive but to grow stronger. This isn’t a strength that comes from adopting the tactics of our persecutors. This is the strength that has come from putting our faith in God. It’s about knowing that God is Truth and embracing that Truth will ultimately set us free.

If you’re looking for comfort in the Rosary, meditate on the Second Joyful Mystery. Remember these lines from the Canticle of Mary:

He has brought down rulers from their thrones
but has lifted up the humble.
He has filled the hungry with good things
but has sent the rich away empty.

No matter how much influence and power the pro-abortion lobby has, no matter how much glowing coverage they receive from the media, their efforts won’t bring forth fruits where it matters. Their position is shaky on logical, legal, and moral grounds. They can’t fight Truth and win. Let us pray for their conversion so that God doesn’t send them away empty, but rather unites us all as his children.