Like many people, Pope Benedict‘s announcement of his retirement came as quite a shock to me. I once attended Mass at St. Peter’s Basilica and saw the pope from about ten feet away as he walked past me in a procession. And although I only caught a glimpse of him, I did feel this sense of God‘s glory radiating from him. It’s hard to explain, but I understood in that instant how carefully God chooses His shepherds to lead His people. And as shocking as this news is to me, I also understand that it’s also God at work when one of his shepherds knows he has run his course. We must keep Pope Benedict in our prayers as well as the Catholic Church because this unprecedented event is going to get a lot of attention, especially from sources that may not like or understand the Catholic faith. 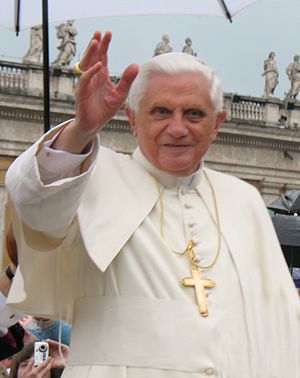 We need to be careful where we receive our information regarding Pope Benedict’s retirement. When it comes to understanding the core principles and foundation of the Catholic faith, the mainstream media has a lot to learn. They deal mostly in the realm of politics and so they will treat the pope’s announcement like they would a politician resigning. And usually, a politician resigns only when he has something to hide or is trying to dodge responsibility for his actions. And so the media will be looking for any shred of circumstantial evidence to fit their narrative whether it be the priest abuse scandal, gay marriage, contraception, or any Catholic document that they can sensationalize and turn into a story to fill their 24/7 news cycle.  We live in a world where people in powerful positions tend to cling to that power to the bitter end (a few people in Washington D.C. come to mind).  The media will never understand why someone in such a powerful position would choose to voluntarily step down.

I believe the truth is much less sensational and extremely humbling. I won’t claim to be an expert on Pope Benedict, but I have read some of his writings and what people have written about him. He does seem to be a very humble servant of the Catholic faith and will do whatever is necessary to promote God’s glory through the Church. And if that means stepping aside to let someone who is more capable of leading the Church in this modern era so be it. It takes a lot of humility for him to conclude that he is not the pope the Church needs right now. I like Pope Benedict and wish he would stay since he is one of the great modern thinkers and defenders of traditional values. But as a Catholic I yield to the pope’s authority even when he decides to relinquish that authority.

I think we need to pray for the conclave of cardinals that will choose the next pope. As we live in a world that becomes more secular, events like the choosing of a new pope become that much more peculiar, misunderstood, and portrayed as being out of step with society. Non Catholics (and misinformed Catholics) will see the election of a new pope like the election of a political leader. They see a new pope as someone who can simply eliminate what they view as mistakes of a previous “administration.” You will hear the usual uninformed questions like, “Will the next pope be softer on contraception and divorce? Will he allow women ordination? Will he allow married priests?” Basically, we will hear the wish list of the secular world as they cover the choosing of the next pope. 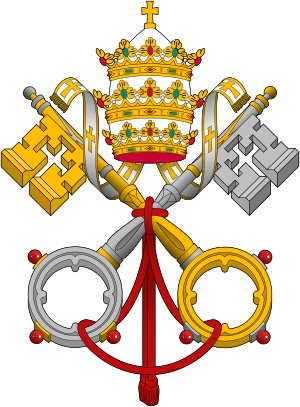 This will be a difficult time for Catholics. The world is a lot more hostile towards organized religion, particularly Catholicism (and we haven’t done ourselves any favours recently with all the priest abuse cover ups). It has even changed drastically in the last eight years since Pope Benedict was chosen as pope since the world has become that much more connected but also more polarized.   We should pray and meditate on the Fifth Glorious Mystery of the rosary — The Coronation of Mary. We ask the Queen of Heaven for guidance, resolve, and the wisdom to see the glory of God’s Church through the distractions and obfuscations of the modern world.  God raised Mary up as a queen because she listened to God and obeyed His will.  We pray for the acceptance of Pope Benedict’s decision and the hope that it will bring about a greater good.  God gave us Pope Benedict and it’s not like He’s taking him away from us.  God is merely leading him to a new role where he will do the most good by giving him more time to think, write, and most importantly, pray.  And so we also pray that we show that same openness to God’s will and the humility to follow the road God puts before us as our mother Mary and Pope Benedict did.