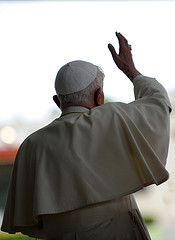 In my article about Pope Benedict renouncing his papal authority I told you to be cautious of the media’s coverage of the upcoming conclave. While I expected their reporting to be high on conjecture and low on facts, I can’t believe just how far out in left field some of these “news reports” and editorials are. If you were to piece together comments from various anchors, you would think that the Catholic Church is a horrible institution for not seriously considering a pro-contraception, pro-abortion, married woman as pope. The reporting is almost so ridiculous that even the best writers of all time for Saturday Night Live wouldn’t be able to come up with a parody of the coverage since the coverage is already a parody on shoddy news reporting.

I present the contenders for “worst recent news coverage of the Catholic Church.”  Thank you Creative Minority Report for doing the legwork of collecting these gems.  I would find them hilarious if they were meant as satire.  But unfortunately, they’re serious and are probably highly influential on people’s opinions and perceptions of the Catholic faith.

Many of these reports follow a similar template.  They automatically dismiss any of the Church’s doctrines that run counter to what is generally accepted in modern society regardless of their moral merit.  Actually, the reports are not only dismissive, but pretty much say the Church’s teachings are wrong and outdated and need to be changed with the next pope.  And not one of these reporters actually interview a priest who would explain why the Church holds certain teachings.  Instead, it is much easier to show anti-Catholics (or not well-catechized Catholics) voicing their frustrations with the Church under the cover of reporting on Pope Benedict‘s renouncement and the conclave.

I told you that the media was going to treat the choosing of the next pope like a political election.  Just go back four months to the presidential race and you will see the same template.  Instead of reporting news and getting stories from multiple, credible sources, the media just airs their progressive wish list and demonize doctrine that has stood the test of time for almost 2000 years.  I think the media has been so relaxed in its duties of holding politicians responsible for their actions that they no longer understand what it means for someone to uphold their core doctrines and principles.  The media doesn’t care if politicians ignore the Constitution (or the equivalent documents in other countries) and so they can’t begin to understand why the Church doesn’t arbitrarily change her doctrines to be more popular.  They act like the pope can wave a magic wand and make artificial contraception no longer sinful behaviour which shows a serious lack of understanding of one of the largest religions on the planet.  This type of irresponsible reporting is scandalous because it leads astray Catholics who aren’t well catechized and turns public sentiment against the Church. 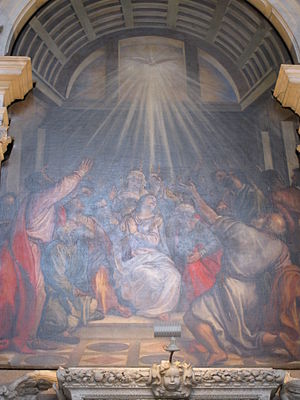 Many Catholics have come down with an acute case of noncatechisisitis.  Symptoms include believing biased news reporting of the Catholic Church and not understanding core Church doctrine.  The remedy is to pray and meditate on the Third Glorious Mystery — The Decent of the Holy Spirit.  So many people need the aid and guidance of the Holy Spirit right now, especially the cardinals as they choose the next pope.  But we also need the Holy Spirit to increase our faith in the moral correctness of the Catholic Church.  I’m not Pope Benedict or even a Fr. Robert Baron when it comes to completely understanding the theological foundation for Church doctrine on requirements like non-married priests or male-only priests.  But I pray that the Holy Spirit will open my heart and give me the faith to embrace these teachings.  In a way, the Holy Spirit has the ability to bypass our minds and let us know the deeper truths God imprinted on our souls.  We live in deliberately confusing times.  But the Holy Spirit will lead us through them if we only take the time and effort to listen to God with an open heart through prayer.

Have you encountered any anti-Catholic or just plain ignorant reports on the Chruch from supposedly credible news outlets?  Feel free to tell your story in the comments.