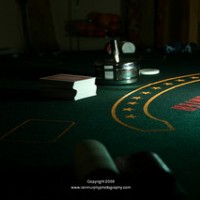 It has been a big two weeks for both the pro-life and religious freedom causes.  We saw the Supreme Court rule unanimously that the 35-foot buffer zone around abortion clinics in Massachusetts violated the pro-life advocates and sidewalk counselors right to free speech.  And this week we saw the Supreme Court, in a narrow 5-4 “Hobby Lobby” decision, rule that the government cannot force private employers to provide health plans that include coverage for operations, procedures, and medications that run counter to their personal religious beliefs.

I really liked what Creative Minority Report wrote about the unintentional consequences of Obama‘s efforts to limit the role religion plays in the public square.  It’s a short article that reads:

When the Obama administration went to the mattresses on arguments such as declaring that religious schools do not have the right to hire and fire for mission they got unanimously smacked down by the U.S. Supreme Court.

Now, the Administration is red-faced again with the high court ruling that it doesn’t have the power to force “closely held companies” to provide contraceptive coverage. That’s a big deal.

It would be ironic if the overall effect of the Obama administration on religious liberty is a strengthening rather than a deleterious one.

Politics is a lot like a giant poker game.  I enjoy playing poker.  Sometimes I win, but more often I lose.  I lose when I try to force every hand into a big win.  Even when I don’t have a good hand I think to myself that I can bluff my way into winning.  I essentially get impatient and just want to take every pot which is not a smart way to play.  When I take that impatient, “go big all the time” strategy I will usually be the first one to bust out.  I win (or at least stay in the game longer) when I play strategically and take small losses when I’m in an unfavorable situation and moderate gains when I  can.

Like a game of poker, the pro-choice and big government crowds have been playing a very strategic game the last few decades.  It wasn’t overnight that a majority of pregnancies in New York City end in abortion rather than birth.  It wasn’t overnight that Planned Parenthood started receiving millions of dollars in federal funding and built massive clinics in every city in the US.  The pro-abortion crowd has built up their “winnings” by taking small wins here and there and never trying to force a win under unfavorable conditions.  It also helped them by staying away from imposing large, sweeping changes all at once.  That would be like broadcasting to the poker table that you have a straight flush by putting in too much money too quickly.

But in recent years, the pro-choice crowd flipped and started playing more of the “go big or go home” strategy to their disadvantage.  Maybe they felt emboldened by their earlier victories that they felt like they could make some big plays to really solidify their position in US law.  Maybe they thought that their opposition was so weak that they could continue to push their agenda even further without anyone putting up fight.  Fortunately for the pro-life cause, Obama went “all in” with the HHS contraception mandate and lost.  He looked at his two pair and thought that would be enough to win the hand.  Unfortunately for him, the US Constitution was sitting at the table with a full house and didn’t fold.

But this isn’t the beginning of the end of the debates over abortion, life, freedom of speech, and freedom of religion.  Rather, it’s the end of the beginning.  Although the pro-life battle has been going on for decades, the millions of lives lost to abortion have really hinged on a few court cases and laws.  And our basic freedoms of speech and religion have only been tested a few dozen times in the high courts.  And while sometimes the legal precedent generates a unanimous 9-0 decision like in the Massachusetts case, other times it really comes down to a single justice’s interpretation of the law.

Given just how fragile and how quickly the pro-life cause and our freedoms can change, it is doubly important to maintain those prayers.  Much like how the Hobby Lobby decision came down to a single justice (I have no idea why it wasn’t a 9-0 decision), these cases may also come down to a single prayer.  We should never think that our prayers don’t matter or influence our world.  Our mother Mary has repeatedly said that prayer is the greatest tool we have to further God’s kingdom and bring His grace to others.  Who knows?  Maybe it’s your rosary prayer and intentions for our government officials that might tip the scale in the next important policy decision.  It may be our prayers that plant a seed in a judge’s heart to look at a case one more time and possibly have a change of heart.