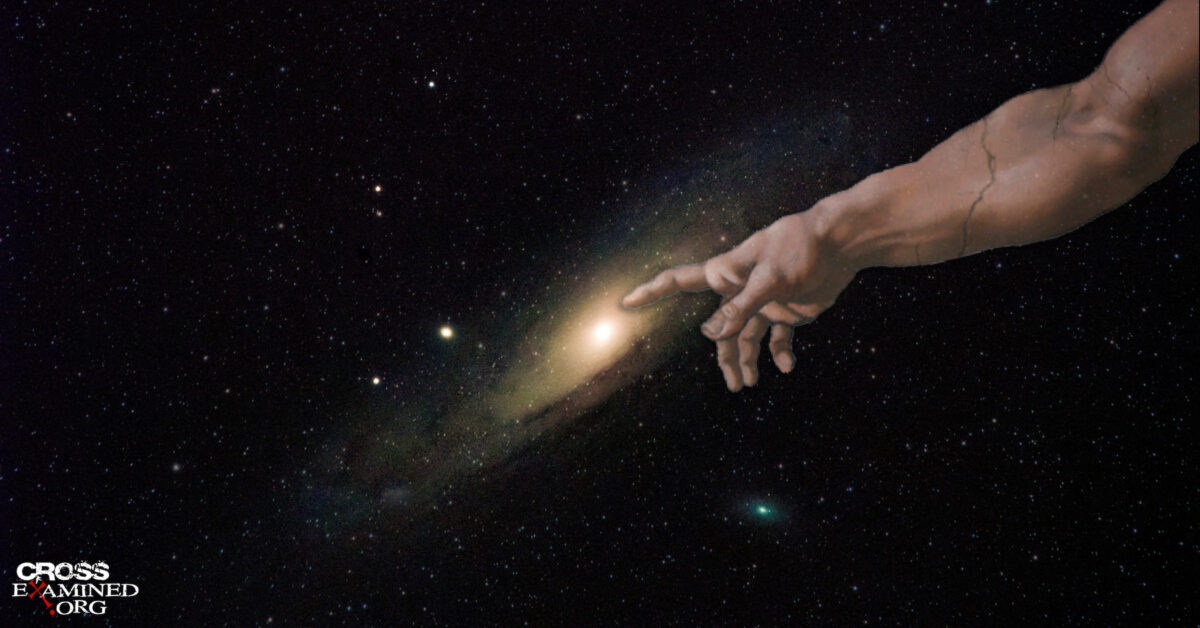 Isn’t it amazing that God chose you to live at this particular time and place? Of all the billions of years the universe has existed, of all the years people have roamed the earth, of all the cultures, you happen to live now. You can read this web page, pray the Rosary, and appreciate the Real Presence of God in the Eucharist. Cosmically speaking, we are in a very small group of people who can do all that. God is the king of both the very big and very small. He is the Alpha and the Omega. He created all that there is and ever will be. But he also humbled himself to become one of us through His son, Jesus Christ.

The Vastness of Space

I once heard an astrophysicist say that when it comes to space and the universe, whatever large size and distance you think objects are, you’re probably 10,000 times off. For example, our Milky Way galaxy is slowly headed on a collision course with the Andromeda galaxy. Both galaxies are made up of billions of stars. And yet, when they collide billions of years from now, the chances of two stars colliding are infinitesimally small. And to think that our galaxy is one of the billions of galaxies. It boggles the mind how large our universe is.

In this great vastness are sets of rules and laws that govern everything. God engineered a universe where there are causes and reasons on how everything fits together from massive black holes, to the movement of waves in the sea, to the interaction of subatomic particles. As we discover more about how our universe works, it makes God all that more impressive. He is a creator of such a complex universe and yet everything works in harmony. Nothing happens arbitrarily. To compare, most software developers can’t write more than a few lines of code without introducing a bug or vulnerability. And yet God designed a universe of near-infinite complexity.

The Smallness of Humanity

But God is also the king of the very small, namely us. In this interstellar stew of galaxies, stars, black holes, and nebulas, we exist. And not only do we exist, but we have the gift of knowing God through His son, Jesus Christ. The universe is billions of years old. We hit the galactic bullseye that of all the time and places, we have the honor and privilege of knowing Jesus. For billions of years, the universe was just gasses and rocks in a vast emptiness. Generations of humans went through their existence without being able to experience Jesus.

The Awe of the Transfiguration

When we pray the Fourth Luminous Mystery, The Transfiguration, let’s thank God for giving us the gift of knowing Jesus and his Church. God’s design didn’t need to include Him taking human form. Imagine the great humility that the God who created this vast universe wanted to become human so that we may know him better. And not just “us” in that universal sense, but he wants a special relationship with each one of us individually. The Transfiguration should remind us of just how much of a gift Jesus is to humanity. Put yourself on that hill with Peter and John and marvel at God’s compassion for us.

When you go to Mass, just think of everything that God made happen to put you there in His presence. Of all the billions of years of the universe’s existence, of the trillions of stars spread out millions of light-years, of all the generations of humanity, you can sit in a Catholic church with Jesus through the Eucharist. And like how the laws of physics align to make the universe, God’s design aligns to put you into a church on a specific day celebrating Mass. Take advantage of this remarkable gift.