I don’t want to spoil anyone’s Christmas cheer, but according to this study I would only be spoiling it for a shrinking number of Americans anyway since it seems like more people are celebrating, not Christmas, but “the holidays.”  Pew Research Center did some analysis of the presidential election and found that Obama captured over 70% of the “not religiously affiliated” vote that makes up 20% of the American electorate.  We are certainly seeing an increasing percentage of the population where traditional religion does not play a part in their lives.  Those numbers increase dramatically when you also take into account those who are affiliated with a particular religion, but aren’t practicing.  This is bad news for those who do take their faith traditions seriously and expect the government to protect the right to live according to the teachings and beliefs of their religion. 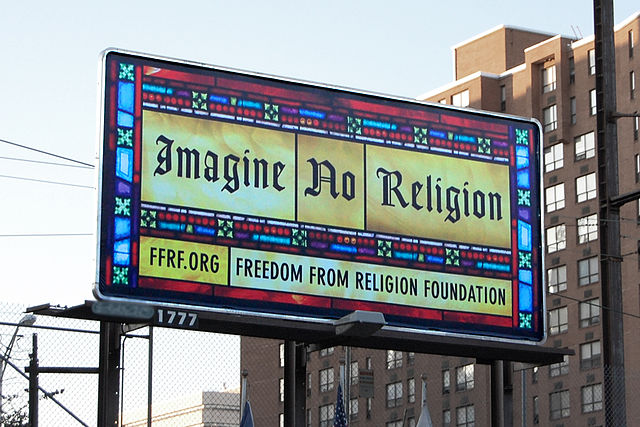 If society places less importance on the role religion plays in peoples’ lives then the government will take less interest in protecting our fundamental freedom of religion.  We saw how casually Obama rolled out the Health and Human Services contraception mandate followed by a few “accommodations” such as delaying the enforcement of the mandate for one year or allowing very narrow exceptions.  Instead of outrage, this mandate was met with apathy from the general public.  We shouldn’t be surprised if one in five people don’t belong to any particular religion and many that do aren’t even actively practicing it.  This puts people of faith in a really tight spot because an increasing number of people just don’t understand why having a particular faith and a certain moral code is so important to some of us.  This disconnect will only widen as those who practice their faith become more of the minority and the USA drifts further away from the guiding principles of the Constitution.

The Pew Research Center had this to say about the people who aren’t affiliated with a relgion (known as the “nones”):

He cautions, however, against conflating the “nones” with nonbelievers.

“Those two things are not the same,” Smith says. The “nones’ are certainly less religious than those who say they belong to a religious group, but many are also believers.

Here’s the problem with “nones” who are supposedly “believers.”  What do they believe?  Are their beliefs just an arbitrary set of guidelines that they will follow or ignore at their convenience?  Are they in that “God loves me and I think He’s cool with how I choose to live my life” group?  Because that’s not belief.  That’s just finding justification for living however one pleases.  It’s a religious foundation built on sand where the slightest disturbance or challenge will knock it over.  Or less poetically, they are beliefs that will change as soon as someone declares them outdated, uncool, or not following the majority in society.  In my experience, not being connected to an organized religion is synonymous with not practicing any religion at all.

I usually don’t like to link to opinion sites like NPR.  But if you have the stomach for it, go read the comments section to this article.  Many of them are openly hostile towards organized religion and portray the faithful as ignorant fools.  It’s a sampling of what a growing portion of America thinks about religion and, by association, what they think about you.  Remember, this is a group that is growing larger and becoming courted by politicians seeking to remain in office.  These are the voices and opinions politicians will hear when they craft our laws.  Scared yet? 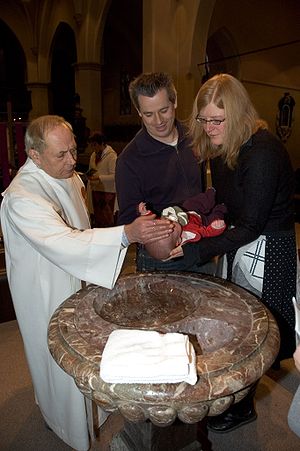 Society has come down with an acute case of non-belief.  Symptoms include empty churches and places of worship, sins being accepted as virtues, and a general apathy towards assaults on religions freedom.  I recommend praying the First Luminous Mystery — Jesus’ Baptism in the Jordan.  When we meditate on this mystery, we should remember our baptism when we were brought into God’s grace.  Remember what God asks of you when you renew your baptismal promises at Mass and are also stated in the Apostles’ Creed which is the first prayer of the rosary.  You have a better chance of remaining in God’s grace when your baptismal promises are always on your mind and reflected in your actions.  That is why it’s important to pray the rosary each day.  As an added dose of rosary medication, pray for those who are unbelievers, have left the Church, or are openly hostile to her when you meditate on the Fifth Joyful Mystery — The Finding of Jesus in the Temple.  Remember, God doesn’t care how far you stray in life and for how long.  Some of the greatest saints in the Church lived sinful lives before turning around and searching for God’s grace.  You can always come back and find Jesus in your life as Joseph and Mary did in this mystery.  All it takes is a truly repentant heart.  Especially in this season of Advent, pray for those who have strayed from God’s grace that they allow the Holy Spirit to guide them back home.