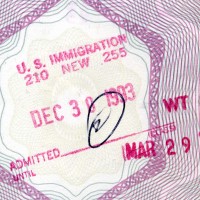 I have been racked with anxiety deciding whether or not to write an article about the current comprehensive immigration bill that passed the senate.  The reason why I’ve been so hesitant is that I find myself at odds with the United States Conference of Catholic Bishops.  They enthusiastically support the bill with almost the same fervor as a pro-life bill while I have many reservations about it.  While I see eye to eye with the bishops on many issues such as religious freedom, abortion, euthanasia, and even the death penalty, the current immigration reforms making its way through Congress concern me.  And what is even more concerning is the lack of skepticism and the blind faith many Church leaders seem to have regarding the federal government‘s intentions in this immigration bill. 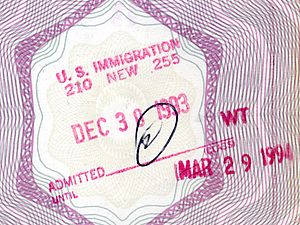 Most of my skepticism isn’t aimed at the immigration bill itself but at the nature of big government.  When I hear about large “comprehensive” reforms like the immigration bill, what comes to mind is more laws, programs, earmarks, and regulations.  That also means more loopholes, exemptions, and bureaucracy.  In short, I think of a larger and more intrusive government.  In the hundreds of pages of legalese, what powers does this bill grant government or various agencies?  What politically connected groups will the federal government exempt from the law?  What provisions will they selectively enforce?  Maybe the immigration bill does have some good parts, or at least well-intentioned ones.  After all, immigration policy is actually a federal responsibility so it’s good that they are at least working on something inside their jurisdiction instead of taking over state’s responsibilities.  But at the end of the day it’s still a bill written by lobbyists, caters to special interests, and supported and voted by people who haven’t read it.

The last time we had a huge reform, the Catholic Church in the United States ended up being burned.  I remember when ObamaCare was winding its way through Congress.  Many Church leaders at various levels were in support of ObamaCare because of the hope that it would provide all people in the US health care.  It was advertised as a compassionate fix to our healthcare system and really pulled the heartstrings of many Catholics who wanted to make sure all people would receive the care they need.  But now the Church and christians throughout the country are faced with the reality of ObamaCare.  A lot of time and money is being spent fighting the HHS Contraception Mandate.  Catholic hospitals and adoption agencies are under attack because they cannot follow certain parts of the law in good conscience.  There are abortion and euthanasia issues in law just waiting to erupt.  And who knows what else lies in the thousands of pages of the law just waiting for the right time to make its appearance?  Unfortunately, all this time and money spent fighting various aspects of this “compassionate” and “fair” law could have gone towards charities and hospitals providing actual health care.  But when it was being discussed in Congress, too many people just assumed the bill would magically fix health care and didn’t question our legislators about the details.

What is the USCCB’s Stance on Immigration Reform? 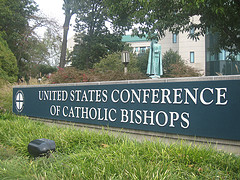 Will the immigration bill attack Catholic values and religious freedom the same way ObamaCare does?  When I think of the current situation, an ancient saying comes to mind, “fool me once, shame on you; fool me twice, shame on me.”  And that is my word of warning to the US Catholic bishops.  Don’t be pawns in the giant political power struggle.  The Church may not come under direct attack from the immigration bill the same way it does from ObamaCare.  But government power isn’t siloed to individual issues.  When we give the government more power to create larger programs in cases like immigration, that increased power and control will trickle to other issues like health care, abortion, etc.  I would hate to see the recent gains made in fighting abortion undone, or at least undermined, because an ever-growing federal government is allowed to increase their control a little more on each bill.

When dealing with specific bills and laws, the Church leadership needs to recognize the difference between theology and politics, generic desires and specific legal text, and between wishful thinking and reality.  Everyone from bishops down to parish priests need to think strategically or else they risk being used as pawns by politicians that really have no shame in getting what they want.

What RosaryMeds Do I need?

If you have a rosary mystery that you think fits well with this topic, please share in the comments.

As you probably know, the Supreme Court upheld the constitutionality of ObamaCare.  I’ll leave it to political websites to debate, praise, and criticize the ruling.  My concern now turns toward the Health and Human Services Mandate which will require businesses and organizations to cover contraception expenses regardless of their religious beliefs.  What are we, as people of faith, going to do about this assault on our freedom of religion?  How can the rosary help us find God‘s path and the strength to follow Him?

If the Supreme Court had ruled ObamaCare and the individual mandate unconstitutional, then the HHS mandate would have become a moot point.  The only way the government could require people to provide contraception coverage in a health care plan was through the authority granted somewhere in the 2,700+ pages of the ObamaCare law.  This “silver bullet” approach to striking down the HHS mandate reminds me of the First Sorrowful Mystery — The Agony in the Garden.  Jesus prayed to God to spare Him the agony of the Passion and Crucifixion.  Jesus said in Matthew 26:39, “My Father, if it is possible, let this cup pass from me.”  And that is exactly what people of faith asked the Supreme Court.  We asked, “if possible, please strike down ObamaCare so we won’t have to fight the HHS mandate.”  But Jesus did have to suffer through the Passion and Crucifixion much like we will have to suffer through many fights ahead regarding ObamaCare , the HHS mandate, and other violations of our religious liberty.

Now is the time to pray much like Jesus did in the Garden of Gethsemane.  But we need to follow up that prayer with action.  When your priest preaches about the HHS mandate and how it threatens our religious liberty in a homily, tell him after Mass that you agree and support him.  People who are on the front lines of this battle, like priests and bishops, need to know they have our support and they aren’t just fighting this alone.  We need to educate ourselves and then educate others on the implications of the HHS mandate (see the video below for a quick primer).  We need to let our politicians know that we will not vote for or support those who think the government can arbitrarily give and take away our inalienable rights such as our freedom of religion.

Jesus suffered, but ultimately redeemed us all through His Resurrection.  The sorrows and suffering in His Passion and Crucifixion only made God’s ultimate triumph that much more spectacular and meaningful.  Who knows?  Maybe this whole HHS mandate battle will ultimately convert and save many more souls than if the Supreme Court had simply ruled against ObamaCare.  God sometimes works in mysterious ways like that.

Here are some more resources on how you can contribute to our defence of religious liberty: