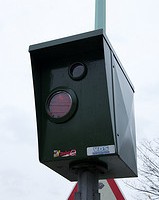 Those who trust themselves to me through the Rosary will not perish.

I feel this is one of the more vaguely worded rosary promises and is subject to a lot of misunderstanding. To perish means to die, typically in a sudden or untimely way. What is Mary telling us exactly? She can’t mean that those who pray the rosary will never die. If that were the case, I would see thousand-year old women walking around the mall. And Mary can’t really mean sudden or untimely either. I’m sure there are plenty of people who prayed the rosary regularly who died in a car accident or sudden illness. Even St. Pope John Paul II (I feel we’re close enough to call him a saint) died an untimely death due to Parkinson’s and he was a great promoter of the rosary. Is Mary lying to us when she promises that those who pray the rosary will not perish?

The key to the promise is understanding that Mary isn’t talking about the physical body not perishing. She means one’s eternal soul not perishing. Those who pray the rosary will not face a sudden or untimely death of their souls. But that raises another question. What does it mean to have your soul die? After all, how can something that is immortal die? It’s true that your soul never stops existing. When Mary talks about you perishing, she means that your soul spends eternity in Hell instead of in Heaven. And you decide to go to Hell (yes, you decide!) when you die in the state of mortal sin which is:

I summarized the Catechism’s three criteria for mortal sin deliberately because there is a lot of misunderstanding of it. Many people think that committing a mortal sin is like getting caught in a spiritual speed trap via a divine traffic camera.  The perception is that God surprises good people with a list of mortal sins when they die so that He can send them to Hell.  But mortal sin isn’t something that just creeps up on you any more than a person can accidentally drive 120 mph on the wrong side of the road. The driver racing like a maniac is not doing it by accident unlike someone who may be driving 5 mph faster than he should.  In the later case, the driver is still doing something wrong but is not committing a gravely serious infraction.  On the other hand, the crazy driver understands that what he is doing is against the law and seriously reckless when he puts the pedal to the metal and takes off like a rocket. Likewise, you can’t accidentally commit a mortal sin because, by definition, you need full knowledge of the grave matter and consciously choose to commit it.

Does that mean you should try to learn as little about what the Catholic Church teaches so that you can commit as many grave sins as you want without them being mortal sins? Sorry, but morality doesn’t work that way. The person driving at triple-digit speeds can’t say he didn’t know he was breaking the law as he passed by and ignored many speed limit signs. Similarly, Catholics are called to attend Mass every week, receive the sacraments (most of which involve some instruction on Church teachings), and learn their faith. The Catholic Church puts down many moral “speed limit signs” to alert people of what is right and what is wrong.

Back to the driver, even in the unlikely event that there was no speed limit posting, he should know that driving that fast is incredibly unsafe. And, even in the absence of understanding a specific Church teaching, humans have a sense of the natural law of what is good and evil and are called to abide by it.

What does all this mean in the context of Mary’s rosary promise that those who pray the rosary will not perish? Those who pray the rosary will be more in tune with the natural law, develop a well-formed conscience, be more motivated to learn Catholic teachings, and be more receptive to God’s Will. Regular rosary prayer will steer someone away from mortal sin so that he will not perish in the fires of Hell. Mary isn’t giving you a clean slate through the rosary (that is what the Sacrament of Confession is for), but she is giving you a tool to avoid committing mortal sin in the first place. That is the heart of the promise. You won’t perish despite your mortal sins, but instead you won’t perish because you will have no mortal sins on your soul.

The Gospel for Sunday, March 6, 2011 is from Matthew 7:21-27.  Jesus tells His disciples that those who hear His message but do not act on it will not enter His kingdom of Heaven.  He calls on all of us to think beyond our earthly existence and realize that we have eternal souls that will live forever in either Heaven or in Hell.  Whenever we pray the First Glorious Mystery of the rosary, we recall that Jesus rose to new life and desires all of us to join Him in Heaven.  But we must make the conscious decision to live for Heaven in this life by staying in a state of grace lest we hear these words from the Gospel, “I never knew you. Depart from me, you evildoers.”

The Gospel tells us that we must not only “talk the talk,” but also “walk the walk.”  Jesus says that it is not enough to hear God’s Word and just proclaim that you love Him.  We must back up our words with actions that put into practice Jesus’ teachings.  What is interesting about this Gospel is that Jesus says He will deny some people entrance into Heaven although they did good works here on earth.  What Jesus means is that those who are cut off from God’s grace by mortal sin will not enter Heaven despite their good deeds.  You cannot erase mortal sin through good deeds alone.  Jesus does not keep a list of ways sins can be forgiven like this:

You could donate a million dollars to charity and that still will not absolve you of sin and bring you back into God’s grace.  The only way to come back into God’s grace is through the Sacrament of Reconciliation.  This sounds harsh, but Jesus wants us to love God first and have good works flow from that grace.  Loving God above all else is what matters, not individual acts of charity.

We must remember that Heaven is our goal.  When we pray the First Glorious Mystery of the rosary we recall that Jesus’ earthly death was not the end but only the beginning of His eternal reign as King of Heaven.  Whether we like it or not, we do have souls that will live forever in either Heaven or Hell.  We cannot opt for a third, neutral option.  And the option between Heaven or Hell is just too important for anyone to leave it up to chance.  I am often scared how relaxed some people are about where they will ultimately end up.  Many believe that if they just live a neutral life, a little good and a little bad (but not too bad), Jesus will cut them a break.  And while Jesus does show mercy, His teachings do not say that people can just live on auto-pilot and just slide into Heaven without a lot of effort.  I’m not saying that we need to constantly stress out about going to Heaven or Hell, but we do need to realize that our actions in this life do determine where we spend all eternity.

Jesus told us that the wise ones will build on solid foundations while the foolish will not.  In other words, the ones who live on solid, moral principles and do good works according to His teachings will see His Heavenly kingdom.  That isn’t difficult to comprehend but can be hard to put into practice.  So when you think about this Gospel or pray the rosary, really question where your focus lies.  Are you focused on living for God’s kingdom by striving to be in a state of grace or for Satan’s kingdom by living in sin?  Or, if you have not set a goal for where to spend all eternity, do you not think it’s time to start?