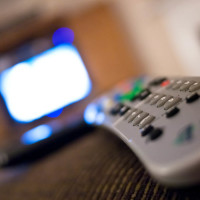 Last week I posted an article that looked like a takedown notice from the Department of Justice. It appears many of you thought the notice was real. Part of my intent of writing that article was to grab your attention and maybe even have the post go viral (which unfortunately didn’t happen). I wrote that article in response to some concerning news articles I read. Instead of jumping straight into commentary and risk just going into a snarky rant, I decided to write the fake takedown notice to set the stage (pretty clever huh?).

First, I have some thoughts about the responses I received regarding my fake takedown notice. The fact that so many people thought that it was real struck me as very concerning. I find it alarming that many people believe that the government is taking legal action against people simply stating their religious beliefs. I would like to think that in saner times people would have immediately noticed the ridiculousness of such a post. That tells me that for many, the loss of religious freedom isn’t something that may happen one day but is already here.

Also alarming then is that we are just allowing the loss of our religious liberty without putting up much of a fight. If my article was real as many people thought it was, then besides of few “that sucks” or “really??!!!” comments, people just moved on with their lives. After all, who do you complain to? Is it really worth anyone’s time and energy to make a lot of hay over some obscure blog site being targeted by the US government?  Do you really want to stick your neck out and potentially being singled out for government harassment? Not that I want marches on Washington D.C. over RosaryMeds, but I wonder how many little nibbles the government can take into our religious liberties before we find that it’s gone entirely.

Now let’s back up to what originally prompted me to write the satirical takedown notice.  After the Supreme Court made its gay marriage decision back in June, I immediately saw numerous commentaries suggesting reforms on religious institutions that object to gay marriage.  These commentators want to see the removal of tax exempt status for religious institutions and banning government aid to private colleges that object to gay marriage.  This is on top of the fines the government is already imposing on businesses (bakers primarily) who have a religious objection to participating in a gay marriage.

One of the main selling points of gay marriage was that it wouldn’t affect religious institutions or people who have a religious objection to it.  I heard over and over how the Catholic Church would never be forced to perform gay weddings.  And while that may technically be true, it seems like what was being muttered secretly by gay marriage advocates was “the Catholic Church will never be forced to perform gay weddings because the government is going to shut them down.”

This should all seem like a rerun (or a reboot) of ObamaCare.  When it passed there were plenty of assurances that Catholic hospitals would never have to perform abortions or employers would have to provide abortive contraception coverage.  And yet millions of our tax dollars go to Planned Parenthood and the HHS Contraception Mandate has gone to the courts multiple times (thankfully the courts repeatedly rule in favor of religious liberty).  It’s still very unclear whether ObamaCare does fund abortion considering that the Executive branch has a habit of unilaterally changing the law when convenient.  It seems like assurances that religious beliefs will be respected are just platitudes and don’t carry much weight once the law is passed.

Whether it’s gay marriage or health care, the trend is clear — we are entering a period of increased hostility to organized religion, especially Catholicism.  I believe that many in power would love nothing more than to see Christian organizations vanish and to scare Christian people from publicly voicing their faith.  The political class loves the idea that something is right or wrong based on whether they can convince enough people to vote and pass a law or mandate.  They hate the idea that there are universal truths that exist outside their power to change when it’s politically advantageous.  And that is why they will use any cause, whether it be health care, gay marriage, immigration, gun control, assisted suicide, etc. to rally people against religious truths.  Because if religion can be relegated to a church for one hour on a Sunday, politicians can pass all sorts of crazy laws without being bothered with people bringing up the moral implications.

This isn’t about Catholics wanting to codify our beliefs into law.  It’s not specifically about gay marriage or health care.  This is all about Catholics (and religions in general) fighting to preserve our God given right to our religious beliefs without being persecuted by the government by having our livelihood threatened.  The last time I checked, there was no Constitutional amendment repealing the First Amendment which reads:

Congress shall make no law respecting an establishment of religion, or prohibiting the free exercise thereof; or abridging the freedom of speech, or of the press; or the right of the people peaceably to assemble, and to petition the government for a redress of grievances.