Prayer warriors, consider this article as your declaration of war and your rosaries as your draft card. Now that the election is over the government’s battle on religious freedom will turn from covert, guerrilla warfare to an all out, open attack. I wrote a few articles about the attacks on religious freedom such as the Health and Human Services Contraception Mandate and liberal Catholics marginalizing authentic Catholic teachings. But these issues are just the “opening shots” in the war against religion and morality (particularly against the Catholic Church). It’s a test of what type of defence the faithful will put up when attacked. The answer so far — not a very good one. And now the anti-religion lobby will feel all the more powerful to lay down a political blitzkrieg on the United States of America. 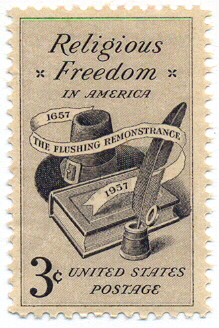 There were many wasted opportunities for the people of the United States to show that we would not stand for an assault on religious freedom. When the Obama administration announced the HHS Mandate, it was still questionable whether Obamacare was going to stand in the Supreme Court. But it did. It was then questionable whether Obama was going to win re-election. He dodged both of those hurdles with relative ease. But the HHS contraception mandate is really just the tip of the iceberg. In fact, I think the HHS mandate isn’t so much about contraception as it is about the Obama administration testing to see the effects of attacking a pillar of American democracy — the freedom of religion. Unfortunately, the Obama administration learned that they can get away with their attacks on religion since nothing he did stopped the American people (even 50% of the voting Catholics) from re-electing him. If Obama can force employers to pay for contraception or force states to fund Planned Parenthood and still get support from the American people, what’s to stop him from pushing the assault on the faithful even further?

Many people and groups are really starting to ratchet up the pressure to compromise on issues of morality and religious freedom. Right after the election, the president of Planned Parenthood called on the GOP to drop their pro-life base. Basically, she said that the Republicans tried that whole pro-life message and failed to beat Obama. So they should give up that “extreme” position to win the women’s vote. Similarly, Bret Stephens of the Wall Street Journal called on conservatives to “tone down the abortion extremism.” How dare people pray in front of abortion clinics! Evangelical writer Jim Wallis said that ” it appears that a strategy of citing a “war on religion”— and doubling down on the long-failed strategy of citing abortion and traditional marriage as the two “non-negotiable” religious issues — once again failed.” And the Department of Justice said that you give up your freedom of religion when you go into business.

In my opinion, the people who want to curb religion’s influence on society are striking while the iron is hot after a large Obama victory. They want to plant those seeds of doubt on organized religion, morality, and natural law now so that later restrictions on religious freedom might become codified in the law. If they continue to present this narrative that traditional values and morality just don’t work in today’s world, people will start to buy into it making it easier for government to curb religious liberty even further. And why would government want to do that? Morality based on a natural law is something that the government cannot control. It means that they have to accept that a higher power than government guides peoples’ views. But if government and the groups that heavily depend on the government (I’m looking at you Planned Parenthood) can lead people to believe that natural law and Church teachings are wrong or short-sighted, then the government can control morality through the law. The country becomes a place where right and wrong are defined by the law (and hence political campaigns, lobbyists, and other influential sources), and not the other way around where the law recognizes and enforces what is intrinsically good or bad. 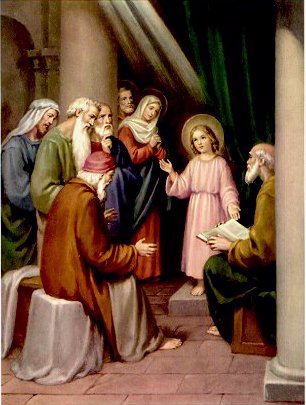 When looking at the challenges religious liberty in the United States faces, it’s important to meditate on the Fifth Joyful Mystery — the Finding of Jesus in the Temple. There are several analogies between this mystery and current events. First, look at how Mary and Joseph, when travelling away from Jerusalem, didn’t realize that Jesus was not with them. I think this symbolizes the state of many Catholics today who have drifted away from the core teachings of their faith and don’t even realize it. Because they don’t make understanding the authentic Catholic faith a priority in their lives, politicians’ passionate speeches that tug at the heartstrings but might run contrary to Church teachings lure people away. The Fifth Joyful Mystery reminds us how important it is to keep Jesus “in our sights.” It’s important to do routine spiritual “gut checks” through prayer, meditation, reading the Bible, learning the Church’s teachings, attending Mass, and receiving the sacraments. When we make an effort to embrace our faith, we will have a better awareness when people are trying to influence us to act contrary to that faith.

The other important aspect of the Fifth Joyful Mystery is that Mary and Joseph searched for Jesus for three days before finding Him. In this politically charged environment, it is so easy to become depressed when you see your deeply held beliefs torn down by the institutions that are supposed to protect them. Much like how Mary and Joseph’s search was fruitless for several days, so it may seem like our efforts of praying and living the faith do not lead us or this world to a better place. But our faith tells us that our efforts will bear fruit one day if we just keep searching for Jesus in our lives. If we are lucky, maybe there will be an awakening of conscience and a call from the people for our leaders to protect our religious freedom, not attack it. But even if the world spirals permanently downward we can take comfort that we will find eternal joy and perfection in Heaven. And in the end, isn’t that what truly matters? The politicians may strip religion from our laws but they can never strip the reality of morality, God, and Heaven from our souls.

Fight the good fight and live to pray another day!