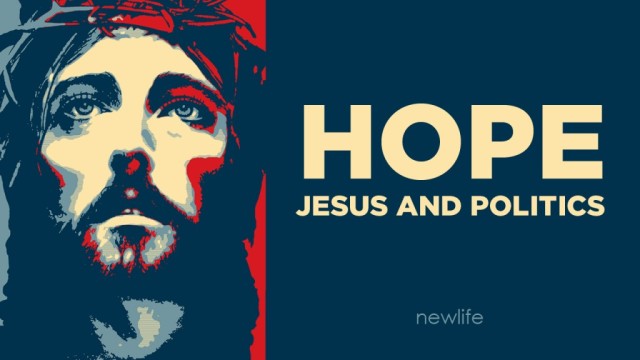 No matter what I read, everything seems to have a hint of politics these days. And by “hint” I mean it proclaims in bold letters some political view and repeatedly hits me over the head about it throughout the article or video. I can’t read a chocolate chip cookie recipe online without the author finding it necessary to proclaim his support for Black Lives Matter.

Because everyone in the news, whether it be Nancy Pelosi or Donald Trump, is trying to drive a political agenda, we naturally insert politics into religious texts as well. It’s easy to read the Gospels and see Jesus as a politician trying to enact new political and social policies. This leads to us reading the Bible with a hint of skepticism and not fully believing in Jesus’ teachings because we think he has some ulterior motive like all politicians.

Last Sunday’s Gospel about the workers, like many parables, can be misunderstood if you think of Jesus as the politician. Many people point to parables like this one to support specific social and political ideas. One may read this parable and say that Jesus is advocating a socialist-style of governance, minimum wage reform, or universal basic income. After all, Jesus is saying that everyone should be paid equally out of fairness right?

My parish priest, in his homily, provided a great insight into parables like the workers. You have to remember that Jesus starts by saying, “The Kingdom of Heaven is like…” That is very important. First, Jesus is using a simile. A simile is a comparison between two unlike things. If I say “she is like a rose,” I’m not saying everything about the woman is the same as a rose. I don’t mean to say she is made up of a long thorny stem, photosynthesizes, and sprouts petals. A simile makes a comparison between certain attributes of two things but it does not equate the two.

In the case of the workers in the field, Jesus is not talking about labor and wage laws. He is not saying that Heaven is exactly like what he describes in the parable. It is a simile about God’s grace and mercy and how everyone can receive them. That is why Jesus does not come out and say, “Landowners should pay their workers the same wage.” He wasn’t talking about wages. This parable has as much to do about economics as the parable of throwing seeds has to do with a lesson in agriculture. These are all similes comparing what people know about earthly realities with God.

The second point to understand is that Jesus talks about the nature of God and Heaven in his parables. He is trying to explain what Heaven is, not prescribe how the world’s laws should be. In other words, Jesus isn’t trying to sway Roman law or whip up the people in revolution. He isn’t trying to get a coalition together or establish a political party. He wants people to understand who God is and have them freely turn towards God and do His Will. By explaining Heaven, Jesus gives people a sense of hope and something to live for beyond what they can see and hear.

Okay, maybe it’s not 100% accurate that Jesus wasn’t trying to sway opinions. But he was trying to sway the hearts of individuals. He was turning people towards God by teaching them God’s Will. That is different than someone trying to espouse a political philosophy or enact new laws and policies. If Jesus had been a politician, he would have tried to change laws. He’s didn’t do that. He changed people’s hearts by having them use their free will to turns towards God after learning about Him through Jesus’ teachings.