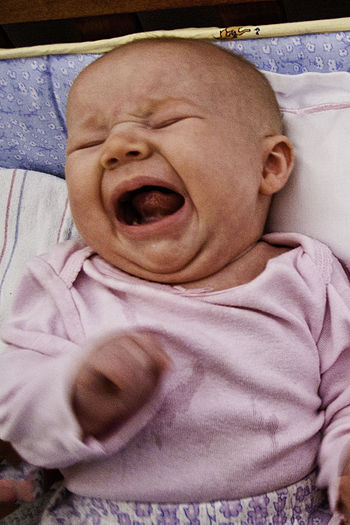 Time for a touchy subject — criticism.  Have you noticed how intolerant everyone appears to get at the slightest hint of criticism?  I understand that no one enjoys criticism, even constructive criticism.  But in the last few years, how society views criticism has changed.  Instead of it as something you either accept or ignore, criticising anyone has become tantamount to hate speech that warrants severe repercussions.  Just look at some of these headlines about how people react when their views are challenged or someone says something that makes them feel uncomfortable:

What I think is going on is that many people infer that any type of criticism comes from a position of self righteousness or malice.  Criticism is interpreted as a passive aggressive way of saying, “I’m better than you.”  In today’s world, the greatest act of love and concern appears to be silence and the cardinal sin of secular society is saying or doing anything that might upset someone.

In short, the world of Fahrenheit 451, where books are burned because people may find the ideas in them offensive, has come true.  Granted, we do not have firemen raiding homes looking for contraband books.  But we do have a culture where people are shouted down and threatened at the slightest implication that someone disagrees with their views or lifestyle.

Pope Emeritus Benedict XVI has this take on criticism and how it is born out of a genuine love for each other.  While I  encourage you to listen to the two minute audio meditation yourself, the tl;dl version (too long; didn’t listen) is that fraternal correction is a great act of love and mercy.  Others often see aspects of us we don’t see ourselves and hence the cycle of continuous and mutual improvement completes us and our relationships with others.  He emphasizes that correction must come from a humble heart desiring only what is best for one another, not from thinking of yourself as better than others.

I think Benedict’s statement, that true loving correction does not come from a place of self righteousness, is lost in today’s world.  Any attempt to help someone is often immediately dismissed because the person offering the criticism has his own faults and is therefore seen as a hypocrite.  It’s the whole, “Oh yeah!  Well you’re a …” response.  But by that logic, no one can offer advice or help each other because no one is perfect.

I wonder how much unhappiness in the world is born out of people being too afraid to help each other discover the good because doing so may present temporary anxiety or discomfort.  If you are on the receiving end of loving criticism,  Benedict asks us to consider that not all criticism is malicious but is instead maybe the Holy Spirit working through someone to bring out the best in us.

Turning to the rosary, meditate on the Third Luminous Mystery — The Proclamation of the Kingdom of Heaven and Jesus’ Call to Conversion.  Consider this passage taken from the Gospel of Luke chapter 4:

“The Spirit of the Lord is upon me, because he has anointed me to bring glad tidings to the poor. He has sent me to proclaim liberty to captives and recovery of sight to the blind, to let the oppressed go free, and to proclaim a year acceptable to the Lord.”

Rolling up the scroll, he handed it back to the attendant and sat down, and the eyes of all in the synagogue looked intently at him.  He said to them, “Today this scripture passage is fulfilled in your hearing.” And all spoke highly of him and were amazed at the gracious words that came from his mouth. They also asked, “Isn’t this the son of Joseph?” He said to them, “Surely you will quote me this proverb, ‘Physician, cure yourself,’ and say, ‘Do here in your native place the things that we heard were done in Capernaum.’” And he said, “Amen, I say to you, no prophet is accepted in his own native place.  Indeed, I tell you, there were many widows in Israel in the days of Elijah when the sky was closed for three and a half years and a severe famine spread over the entire land.  It was to none of these that Elijah was sent, but only to a widow in Zarephath in the land of Sidon. Again, there were many lepers in Israel during the time of Elisha the prophet; yet not one of them was cleansed, but only Naaman the Syrian.” When the people in the synagogue heard this, they were all filled with fury. They rose up, drove him out of the town, and led him to the brow of the hill on which their town had been built, to hurl him down headlong. But he passed through the midst of them and went away.

The Third Luminous Mystery of the rosary forces us to consider that Jesus Christ, and by extension His Church, calls us to see those aspects of our lives that are not moving us toward Heaven and to convert.  Jesus’ ministry was marked with Him challenging people’s beliefs and wanting them to do better.  In the Gospel, Jesus is criticizing the people for thinking that they, and only they, are called to God’s grace.  At the idea that there are others in the world deserving of God’s love, the Jews were ready to throw Jesus over a cliff!  Of course we shouldn’t forget that Jesus’ teachings so upset the status quo that He was eventually crucified because His truth made many feel uncomfortable or upset.

Ask yourself, how quickly do you make excuses to dismiss God’s plan for you?  Or how often do you attack the messenger, who may be acting as an instrument of God’s loving guidance, because you do not like being told that you are doing something wrong or not in accordance with God’s plan?  Look, I’m not saying that you should be all smiles and laughter when someone tries to correct your less than perfect ways.  And not everyone acts out of love.  But we all should ask God in prayer for patience and discernment and not immediately dismiss or attack someone who only wants the best for us.