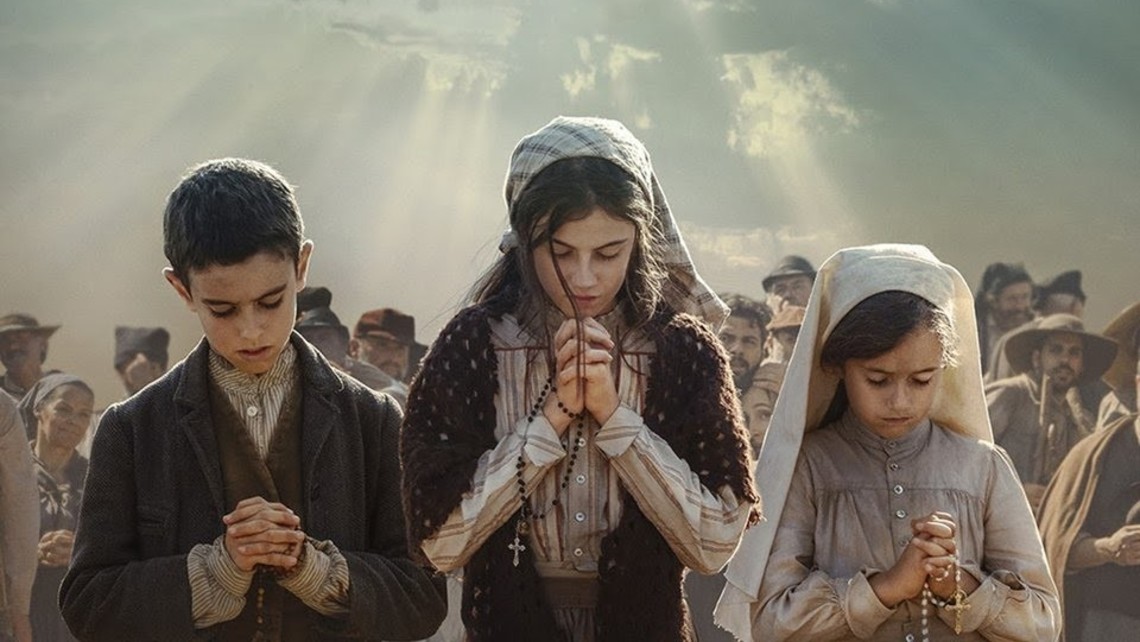 This past weekend, I watched Fatima which was released in 2020. It’s worth watching. I really enjoyed this account because it didn’t romanticize what happened at Fatima in 1916. The movie focused not so much on Mary’s messages, but on the hardship these encounters created for the children and their families. They were accused of lying and being misled by Satan, hounded by pilgrims, and interrogated by civil and religious authorities.

One of the most impactful scenes in the movie was when Mary showed Lucia a glimpse of the souls in Hell. The scene portrayed many of the classical depictions of Hell — fire, smoke, devils, and souls screaming in terror. It gave weight to Mary’s message that we all must pray for the conversion of sinners.

FATIMA: The vision of hell from Our Lady’s Blue Army on Vimeo.

The Tragedy of Hell

Our Lord warns us that we will be separated from him if not helpers in their serious needs of the poor and little ones who are his brothers. To die in mortal sin without repentance and without having to accept God’s merciful love means remaining separated from him forever by our own free choice. And it is this state of definitive self-exclusion from communion with God and the blessed, which is designated with the word ‘hell’.

Catechism of the Catholic Church

The sad fact is that there are souls in Hell permanently cut off from God. The Church teaches that all the souls in Hell deliberately rejected God’s laws and His mercy. But it really hit me recently that this is a tragedy not only for the individual rejecting God but also for the universal church for letting people get to that point.

Looking back at the Old Testament, we have a duty to help correct and convert those living in sin. It’s not out of self-righteousness or judgment that we do this, but out of a genuine concern for everyone’s eternal well-being. No matter how you personally feel about someone, we need to remember they are our brother or sister in Christ. And by not helping them, we run the risk of sin through our silence.

Maybe it’s because I’ve been steeped in little league baseball for the last two months, but I’ve come to see our faith as a team sport. We succeed and fail as a community. Yes, our faith has an individual and personal aspect to it. We have to do our part in fostering a personal relationship with God. But we are also a community meant to support each other. A person doesn’t fall into mortal sin in a vacuum. I think too many times we turn a blind eye to the mortal sin we witness by taking an “it’s not me” attitude about it. That’s a failure of the community. When we’re not supporting each other, the entire Catholic Church is weaker as a result.

Conversion through the Rosary

Think of the last line of the Hail Mary, “pray for us sinners, now and at the hour of our death.” In a standard Rosary, you will say those words 53 times. The Hail Mary is a short prayer in terms of words (only 42) so the fact that it specifically mentions praying for sinners is significant. It’s that important to Mary, and it should be important to us as well, that we pray for those committing sins (ourselves included).

I know that I often pray the Fatima prayer too casually when I pray the Rosary. But we must remember that sin has real eternal consequences. And we must pray for those who live in sin because their souls are in danger. I understand, we don’t like to think about Hell or the idea that there are people that choose it. Or maybe the problem seems too big for us to solve. But that’s why we pray — to receive help from those in Heaven and on earth. We can ask Jesus for mercy on sinners, Mary to advocate for them, and the Holy Spirit to convert and guide them. We are never alone in this fight. The conversion of sinners is something the entire Church undertakes together.

O My Jesus, forgive us our sins, save us from the fires of Hell and lead all souls to Heaven, especially those who are in most need of Thy mercy.