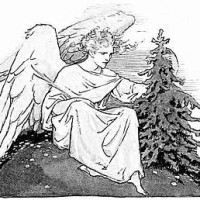 In the past I wrote about the under appreciated players in the Nativity story — the shepherds.  This year I’m turning my attention to another group of beings that is often overlooked — the angels.  I’m not going to write a lengthy article on the importance of the angels.  I’m going to leave that to Adam Cavalier over at DesiringGod.  He writes about how we can look at the angels as examples on how we are to praise God.  He writes this about their devotion to God:

Their exemplary devotion should cause Christians to prioritize worship and obedience in every aspect of their lives. Angels carry out their tasks with delight. The Psalms urge us likewise, “Serve the Lord with gladness! Come into his presence with singing!” (Psalm 100:2). The joyful praise of God is a command, not a piece of advice. It’s not a suggestion or a recommendation. We are called to join the angels in this happy devotion.

As we enter the third week of Advent, let us also meditate on how we can serve God, not with a sense of reluctant obligation, but with a sense of joy like the angels.  We should also remember that in happily loving God we open ourselves to his grace which gives us strength to love each other (yes, even Uncle Joe who always brings up politics at Christmas dinner).  Let’s show the world that being Catholic isn’t something we do out of obligation but is something we do because we understand the joy that comes from God’s grace.

Have a contemplative, faith oriented Advent and a merry Christmas!  And if you’re still looking for a last minute Christmas gift or just something to read while Uncle Joe spouts off about how evil ****** is, I’m offerer 20% my book, The Rosary for the Rest of Us.  Use discount code NJGTZ5WG (only applies for purchases through the CreateSpace EStore) 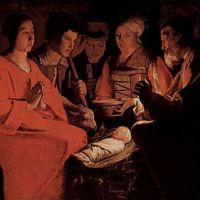