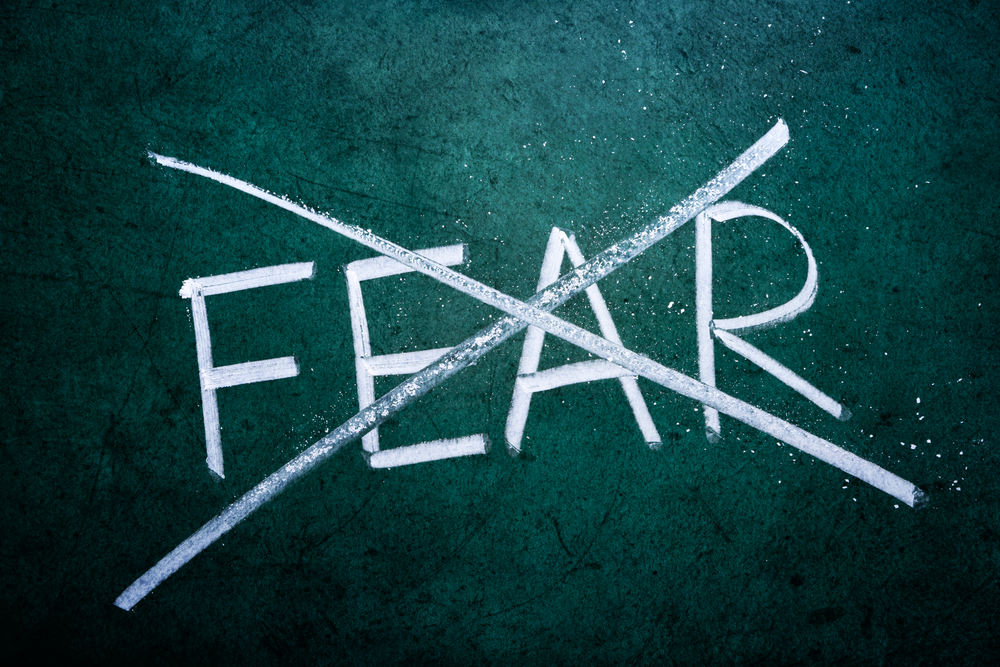 There is a lot of confusion about why the Catholic Church preaches what it does. And the media and pop culture doesn’t help any. If you only knew about the Church based on how She is portrayed on TV, movies, and memes, you would think that it’s all a bunch of arbitrary rules made up by old men to make people miserable. You would think that the Church likes nothing more than setting a standard so high and illogical that only the super spiritual 1% will make it into Heaven while the rest of us are doomed to Hell.

How do you combat that fear? First, you need to acknowledge that what you’re fearing isn’t real. Just look at Third Joyful Mystery of the Holy Rosary. The angels said fear not to the shepherds and that they come to bring glad tidings. Does that sound fearful to you? Does that sound like the greeting of a vengeful God that wants fearful submission? To me, that sounds more like a loving God reaching out to us so that we can embrace Him through Jesus Christ. As I said in an earlier post, Jesus didn’t need to come into this world as a baby. He could have just manifested Himself as an adult. But God chose to take the form as a baby maybe as a way of making Himself more accessible and less fearful. What’s a more innocent and unthreatening person than an infant?

Before you get carried away and start living however you want because God is some pushover, think again. Yes, the Church lays out rules we need to follow. But they are the rules you would expect of any close and loving relationship. For example, is treating your best friend, spouse, or family member with love and respect some sort of impossible standard? No. It’s something we do because we want to (or at least we should want to). The same goes our Catholic faith. We follow all sorts of rules and customs because we want a close relationship with God.

Now there is protocol to follow like how to make a good confession and properly receive the Eucharist. But again, think of these things like spiritual etiquette. They behaviors that should just be second nature for us. After all, do you fear eating dinner? There’s a lot of things to remember — how to use a napkin, chew food politely, don’t spill or knock anything over, etc. I bet most of us follow these protocols without a second thought and certainly not with a sense of fear. Following the Church’s rules and protocols should feel similar. Much like how there are social conventions that we learn to follow, there are spiritual ones as well. Remember, God didn’t create these rules as some sort of trap for us to fall into so He could punish us. They exist so that we can have a fuller and more meaningful relationship with God.

The takeaway is that God loves us and wants us to be joyful in His grace. The guidelines, protocols, and commandments of the Church best foster that relationship. In other words, the Church is trying to help us find true happiness, not hinder it. That can be difficult to see in an age of false information. That makes prayer and receiving the sacraments all the more important so you can see the Catholic faith and God’s love for us for what it clearly is.

Here’s a tip if you still feel nervous and fearful about following the Catholic Faith. Read and learn the faith. I think we tend to fear what we don’t know or understand. Our minds fill in gaps with all sorts of nonsense. To prevent that, read the Catechism. Read books and websites by great Catholic authors. Fill your mind with knowledge about why the Church teaches what She teaches so that you don’t make up a Church that doesn’t actually exist beyond a few stupid TV shows and movies.